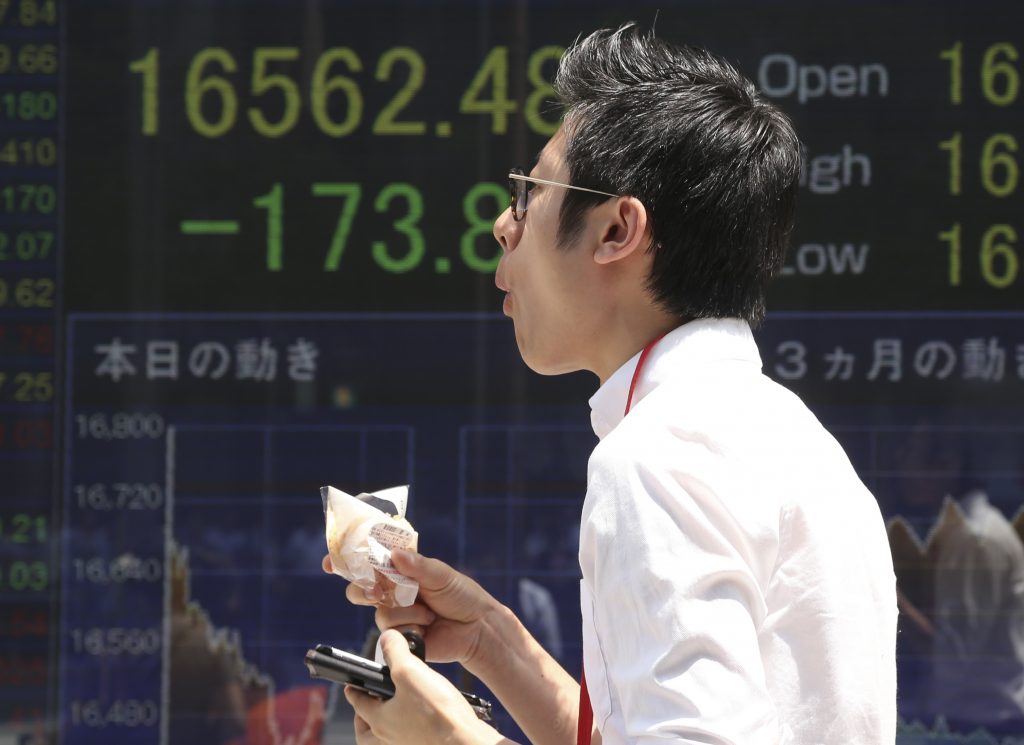 Shares were mixed in Europe on Thursday after a day of gains in Asia spurred by the Federal Reserve’s promise not to raise interest rates during this year.

British Prime Minister Theresa May was trying to persuade European Union leaders on Thursday to delay the United Kingdom’s departure from the bloc by up to three months just eight days before its scheduled split.

May will meet the other 27 national EU leaders at a summit in Brussels, a day after she wrote requesting an extension to the Brexit deadline until June 30. EU Council chief Donald Tusk, who is overseeing the summit, said a short delay should be possible, but only if Britain’s Parliament approves May’s twice-rejected divorce deal with the EU before the scheduled March 29 departure date.

Markets in Japan and India were closed for national holidays.

The Fed’s decision to put rate increases on hold is a marked change from three months ago, when the central bank projected two rate hikes in 2019. The move comes as Fed officials project that the U.S. economy will grow more slowly this year and in 2020, a change from the panel’s projections just three months ago.

“There is clear evidence the Fed are trying to get in front of the economic story and boost inflation expectations,” Chris Weston of IG said in a commentary.

Benchmark U.S. crude oil lost 10 cents to $60.13 per barrel in electronic trading on the New York Mercantile Exchange. News of tighter supplies of oil and continued production cuts helped to push the price above $60 per barrel overnight. Brent crude gained 2 cents to $68.52 per barrel.