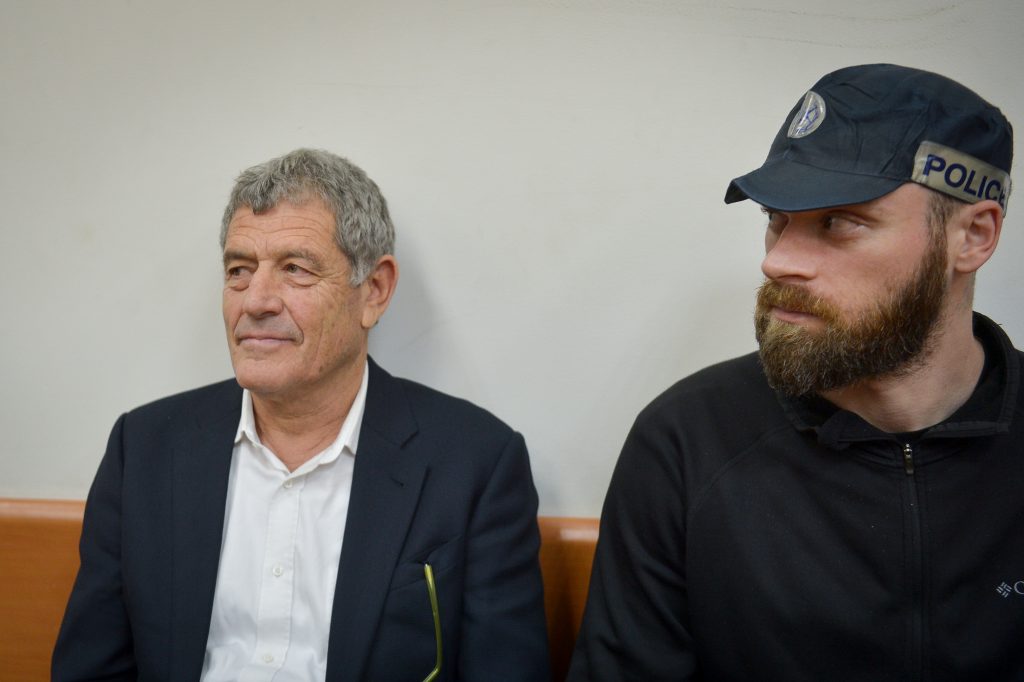 Miki Ganor, a key witness in the submarine scandal, was taken to a hospital on Tuesday night after he retracted his testimony admitting to bribery of state officials.

Following his retraction — saying “I didn’t bribe anyone” — Ganor was taken to the National Economic Crimes Unit, part of Lahav 433, where he was questioned under caution for suspected obstruction of justice, according to media reports.

He was subsequently arrested, but later taken to Assaf Harofeh hospital due to an unspecified ailment. Police officials have not confirmed the reports.

On Wednesday, Ganor’s remand was extended for five days. Judge Einat Ron of the Rishon Letzion Magistrate’s Court said that suspicions of obstructing an investigation, bribery, fraud and money laundering should be re-investigated in light of Ganor’s withdrawal of his original testimony.

Ganor, a former agent in Israel for the German shipbuilder Thyssenkrupp, signed an agreement with prosecutors in July 2017 to cooperate in the probe, which focused on the period he worked for the company between 2009 and 2017. He has admitted to bribing a string of senior officials in order to help secure contracts for Thyssenkrupp with Israel’s Defense Ministry.

In return for Ganor’s cooperation with investigators, prosecutors agreed to set aside the major corruption charges against him and seek punishment only for his tax offenses in the case. The punishment included a 12-month prison sentence and a fine of NIS 10 million (roughly $2.7 million).

Prosecutors are reportedly considering stripping him of his state’s witness status, a step that would remove his immunity from prosecution in the case.