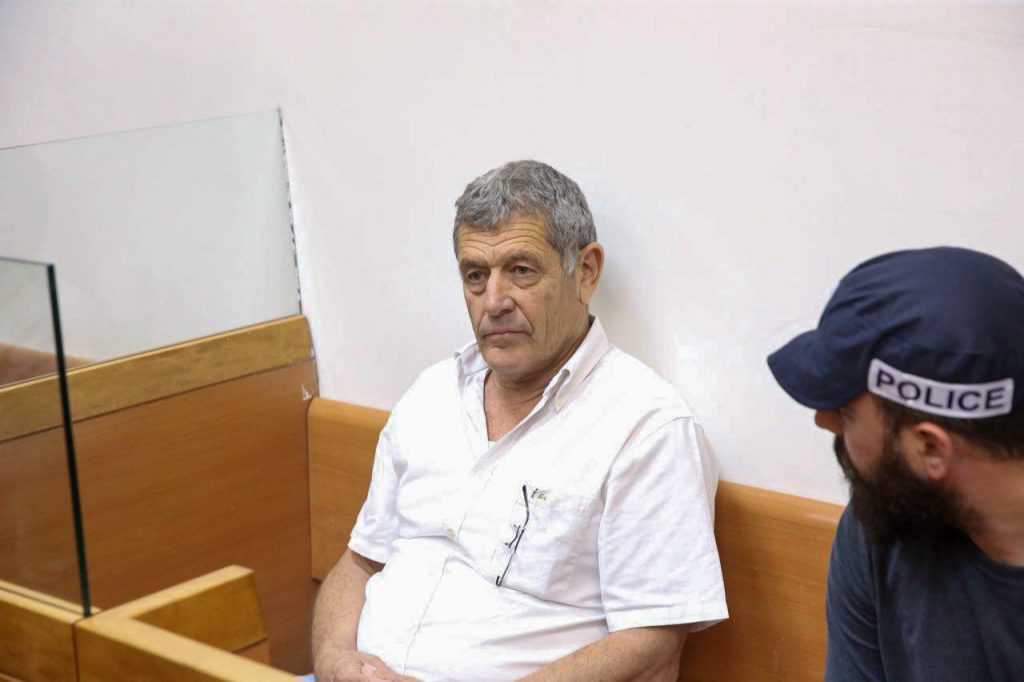 Police and prosecutors will still be able to use the testimony given by Miki Ganor in the context of his deal to turn state’s evidence – even though he now claims that what he told police when he signed the deal was not accurate. In the deal surrounding the purchase of submarines by Israel from a German company, Ganor said that he had bribed several officials to agree to the purchase. But on Tuesday, Ganor told police that he wanted to change his testimony – and that what he had called a bribe had actually been “consulting fees.”

The six are accused of receiving bribes and other benefits in order to execute a sale of submarines by Germany’s ThyssenKrupp to the Israel Navy. Ganor testified about several key figures, including Shimron, an attorney who represented ThyssenKrupp’s interests. Police believe that Shimron worked to convince various officials to agree to the sale, for which his firm would net a large commission. Zandberg, meanwhile, said that he had accepted a NIS 100,000 payment from Ganor, but that the payment was not connected to the submarine deal. He did, however, discuss the deal with Ganor, police said. Marom, meanwhile, is accused of working with Shimron and Ganor to execute the sale.

All the suspects have denied that bribery was a factor in the deal. In a plea deal, Ganor agreed to being involved in the bribery scandal, and was sentenced to a year in prison and a NIS 10 million fine. Upon recanting his testimony Tuesday, police arrested him on bribery charges – based on his previous testimony – and questioned him. During the questioning, Ganor said that he felt ill, and was taken to a hospital for observation. He was released Wednesday morning, and will return to police headquarters for further questioning. According to the plea deal he signed, police and prosecutors will be able to use his original testimony, even if he recants.

Police were taken by surprise by Ganor’s request, and in a statement police said they were hoping to determine what had caused his change of mind. Meanwhile, speculation is rife in the political and legal establishment. Moshe Yaalon, number three on the Blue and White list, said in an interview Wednesday that Ganor’s decision required the State Attorney to reopen its investigation of the role of Binyamin Netanyahu in Case 3000.

In recent days, Blue and White has attempted to connect the sale in 2010 of stock in an Israeli supplier of metal products with the approval of the submarine purchase in 2014 – because the Israeli company would subsequently supply parts for the construction of the submarines. “It took prosecutors time to get to Miki Ganor, after they examined officials in the Defense Ministry.”

But even if Ganor’s testimony further removes Netanyahu from the spotlight in Case 3000 – in which State Attorney Avichai Mandelblit was not involved – Yaalon said that Netanyahu was still to blame. “Netanyahu signed the contract for the submarines, not Ganor. He has to explain this. It’s likely that someone intimidated Mandelblit into dropping this, telling him that if he pursued it Israel would be harmed, because Germany might not sell us the submarines.” Yaalon offered no evidence for his contention.