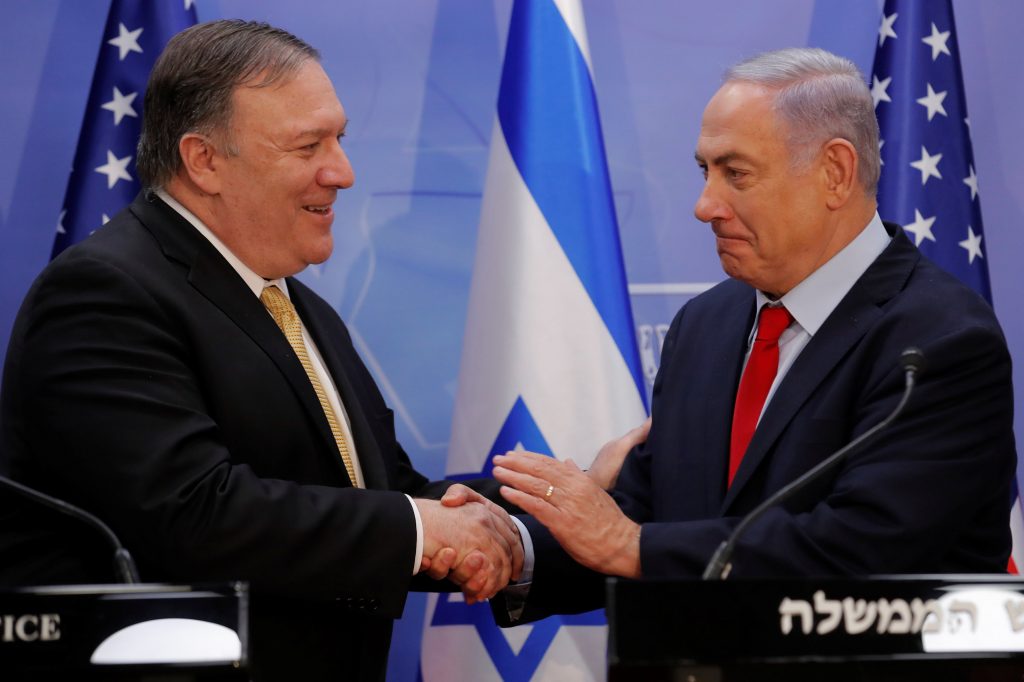 The announcement came shortly after Secretary of State Mike Pompeo landed in Tel Aviv on Wednesday and planned to deliver remarks alongside Netanyahu.

“The president and the prime minister will discuss their countries’ shared interests and actions in the Middle East during a working meeting on March 25,” the White House said in a statement. Trump will host Netanyahu at a dinner on Tuesday night.

The Israeli prime minister planned to visit Washington next week to address the annual conference of the American Israel Public Affairs Committee, two weeks before the Israeli election on April 9.

“Relations with the United States have never been this strong,” Netanyahu said in a speech earlier Wednesday.

A spokesperson for Blue and White told The Times of Israel that party leader Benny Gantz will not be meeting with Trump during his visit to the U.S. next week.

Asked if it was fair that the president will be meeting with Netanyahu and not Gantz, the spokesperson said it “wouldn’t be respectful to invite a candidate or challenger to meet at the White House.”

“Netanyahu is the incumbent and that is understood,” the spokesperson adds.

Netanyahu and Gantz are both set to address the AIPAC Policy Conference in Washington.