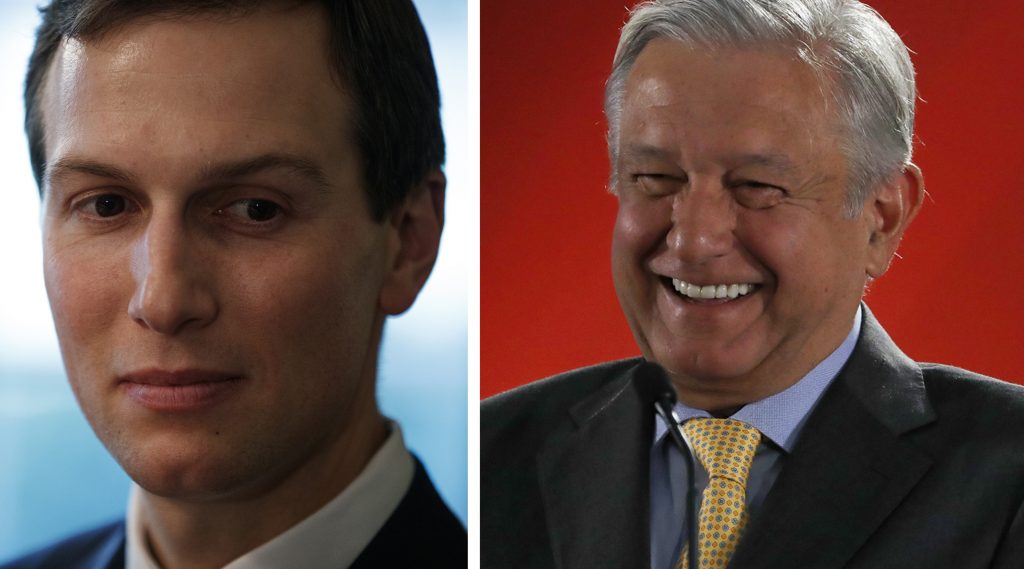 Mexican President Andres Manuel Lopez Obrador said Wednesday that talks with White House senior adviser Jared Kushner have led to advances toward an agreement that would have the U.S. government guarantee some $10 billion in development investments for Mexico and Central America.

The previously discussed investments would aim to reduce immigration from Mexico and Central America by providing more opportunities in those countries. Roughly half of the sum would go to Mexico while the remainder would be divided among Honduras, Guatemala and El Salvador, Lopez Obrador said.

“That is investment to create jobs so that the people don’t have the need to abandon their communities, their families, their regions, their customs, their culture,” he said. “That is the dream that we want to convert into a reality.”

He said they were nearing an agreement and that he would consider traveling to the U.S. if there is a solid accord to sign.

Mexico has been under pressure from the U.S. to address the flow of Central American immigrants through the country. Several migrant caravans have drawn the ire of Trump.

Mexico has stepped up its offering of visas that would allow Central Americans to stay and work in Mexico and also agreed to a U.S. program that forces some who seek asylum in the U.S. to wait in Mexico while their cases are processed.

Some have criticized Mexico for efforts to slow the migration flow to the U.S. even while Trump continues to demand funding to extend a barrier along the entire U.S.–Mexico border.

Lopez Obrador, a leftist, had campaigned on the idea of improving economic and security conditions in Mexico sufficiently so that Mexicans would not have to migrate.

Lopez Obrador said there is a “very good relationship with the U.S. government.”

The civil relationship between Lopez Obrador and Trump has surprised some who expected the two strong personalities to clash. Lopez Obrador’s predecessor Enrique Pena Nieto was harshly criticized for not standing up more strongly to Trump’s verbal attacks on Mexico and one of his final acts as president was giving Kushner the Order of the Aztec Eagle, the highest honor the country gives to foreigners.

But Lopez Obrador has been careful to maintain a relationship of “mutual respect,” and members of his Cabinet were involved in the renegotiation of the free trade agreement before he had even taken office.

The Mexican leader said he and Kushner also discussed the pending ratification of the new trade agreement, dubbed the U.S.–Mexico–Canada Agreement.