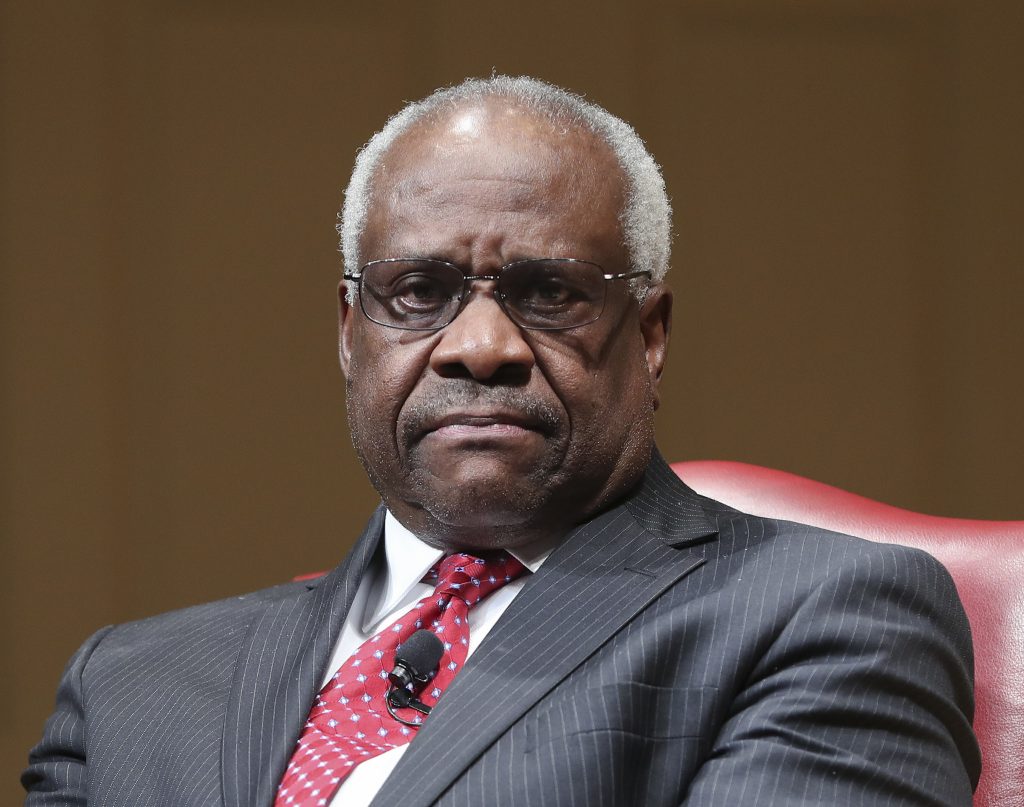 Justice Clarence Thomas spoke at a U.S. Supreme Court argument for the first time in three years, questioning a defense lawyer seeking to overturn her client’s death sentence because the prosecutor repeatedly excluded black people from the jury.

Thomas’ questions came in the final minutes of a one-hour argument Wednesday over Curtis Flowers, a Mississippi murder defendant. Thomas asked Flowers’ lawyer, Sheri Lynn Johnson, whether the attorney who defended him at trial eliminated any prospective jurors.

When Johnson said yes, Thomas followed up: “And what was the race of the jurors struck there?”

“But I would add that her motivation is not the question here,” she said. “The question is the motivation of Doug Evans,” the prosecutor.

Thomas’ questions came after his colleagues indicated they were inclined to throw out Flowers’s conviction for killing four people.

Flowers has been tried six times for the same offense. Three of those trials ended in convictions that were thrown out on appeal, once because the prosecutor excluded blacks from the jury. Two other prosecutions ended with mistrials.

Thomas, 70, a member of the court since 1991, has said he thinks his colleagues ask too many questions during court sessions. He once went 10 years without speaking up at an argument. The court’s only black justice, he intervenes most commonly during cases involving race, including a 2003 argument over university affirmative action and a 2002 clash about cross burning.

His last questions came on Feb. 29, 2016, when he asked almost a dozen questions in a case over a federal law that bars firearm possession by people convicted of misdemeanor domestic violence.