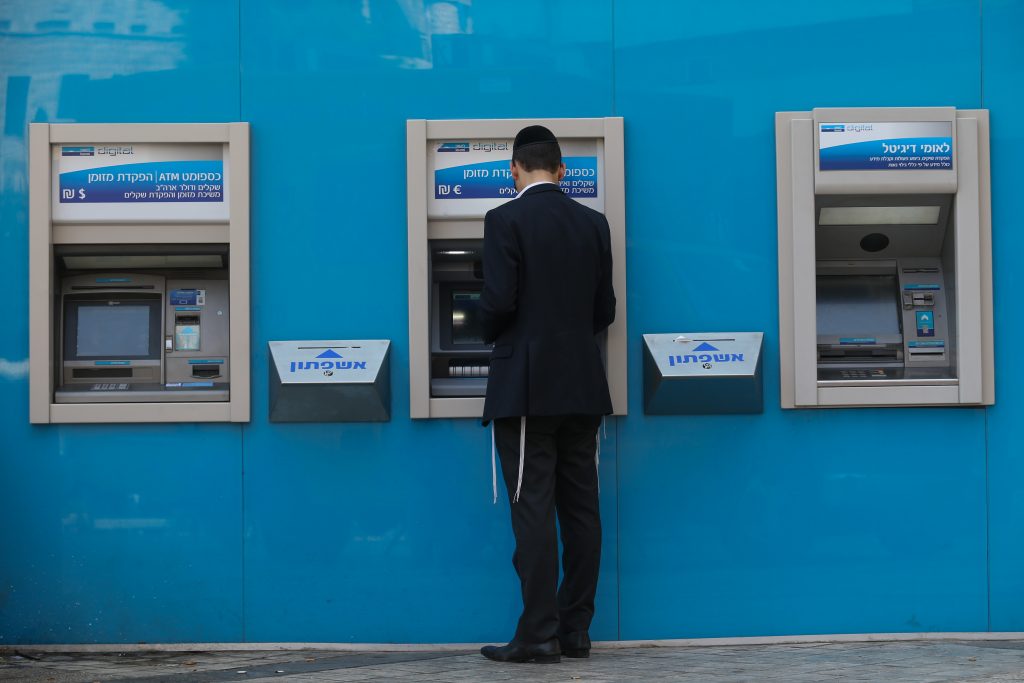 The amount Israelis owed banks went down about a billion shekels in 2018, figures released by the Bank of Israel show. Israelis owed banks NIS 158 billion at the end of the year. With that, borrowing from organizations other than banks (credit unions, credit card companies and others) went up by NIS 4 billion. Also rising were loans taken from pension funds and insurance policies, which rose NIS 5 billion, to a total of NIS 29 billion.

Overall in 2018, Israelis owed NIS 26 billion more at the end of the year than at the beginning of the year. But most of that debt went towards buying a home; NIS 26 billion of funds borrowed were for mortgages, with the rest going to consumer loans. At the end of 2018, Israelis owed NIS 360 billion in mortgage money, and NIS 197 billion in other loans. Taking into account all debts to all organizations, banks, and institutions, Israeli households owed NIS 557 billion at the end of last year.

Bank of Israel interest rates are at historic near-lows, and those low rates have filtered down to the level of consumer loans at banks and other financial institutions. But the BoI figures show that Israelis remain conservative in their borrowing habits; the average Israelis’ debt is about 20% lower than the debt of residents of other OECD countries with economies roughly the size of Israel’s.