National Flooding Will Go On in Storm-Ravaged Midwest
National 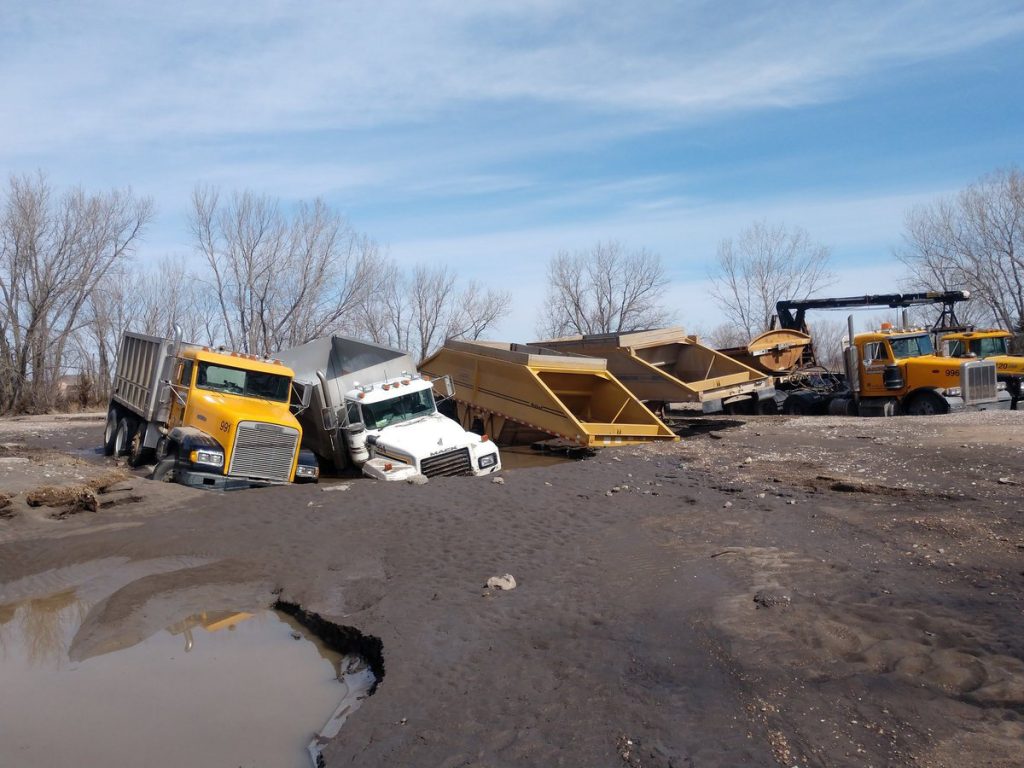 The flooding that devastated the Midwest is likely to last into next week, as rain and melted snow flow into Kansas, Missouri and Mississippi, the National Weather Service said. Floods driven by melting snow in the Dakotas will persist even as Nebraska and Iowa dig out from storms that have killed four people, left one missing and caused more than a billion dollars in damage to crops, livestock and roads.

The floodwaters have inundated a swath of Iowa and Nebraska along the Missouri River, North America’s longest river. Half of Iowa’s 99 counties have declared states of emergency.

“That snow pack is still there and it’s going to keep melting, and that’s bad news,” Oravec said.

About an inch of rain is predicted for Saturday in the region, Oravec said. “It’s not a lot, but any precipitation is bad right now.”

Vice President Mike Pence toured some of Nebraska Tuesday and promised to help expedite federal help to the region.

Nebraska, Iowa, Wisconsin and Mississippi all declared states of emergency after the floods, which stemmed from a powerful winter hurricane last week. The flooding killed livestock, destroyed grains and soybeans in storage and cut off access to farms because of road and rail damage.

Authorities said they had rescued nearly 300 people in Nebraska alone, with some rivers continuing to rise. Rescuers could be seen in boats pulling pets from flooded homes. Some roadways crumbled to rubble and sections of others were submerged. In Hamburg, Iowa, floodwaters covered buildings.

Nebraska officials estimated flood damage for the state’s agriculture at more than $1 billion so far, according to Craig Head, vice president of issue management at the Nebraska Farm Bureau. Head said that was likely to grow as floodwaters recede.

“It’s really too early to know for sure how bad this is going to get. But one thing we do know: It’s catastrophic for farmers,” said Matt Perdue, government relations director for the National Farmers Union. “We’re hoping it’s only $1 billion, but that’s only a hope.”

Nebraska officials estimate the floods have also caused $553 million in damage to public infrastructure and other assets, and $89 million to privately owned assets, according to the state’s Emergency Management Agency on Tuesday.

The water covered about a third of Offutt Air Force Base near Omaha, Nebraska, home to the U.S. Strategic Command, whose responsibilities include defending against and responding to nuclear attacks.

The Army Corps of Engineers is distributing 400,000 sandbags to operators of 12 levees along the Missouri River in Missouri and Kansas that are threatened by flooding, the Army Corps said in a news release on Tuesday.

Roads leading to the Nebraska Public Power District’s Cooper nuclear plant near Brownville were engulfed by floodwaters from the Missouri, but the facility was still operating safely at full power on Tuesday.

The plant operator was flying staff members and supplies to the plant by helicopter, power district spokesman Mark Becker said.