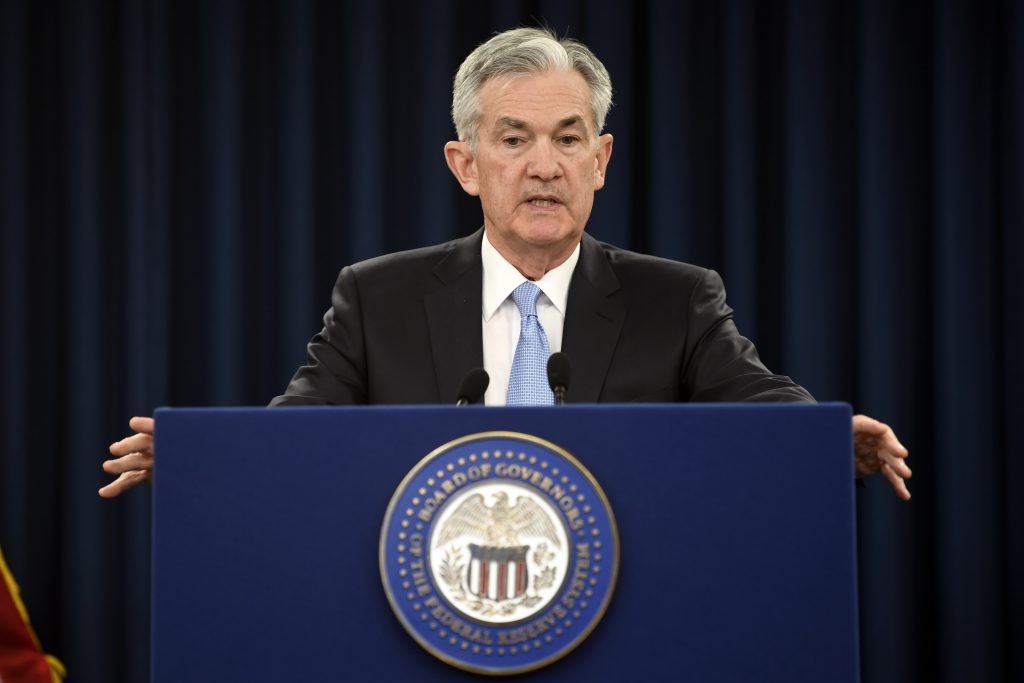 The Federal Reserve is becoming more worried about the U.S. economy, citing slower consumer and business spending. On Wednesday, the central bank cut its growth forecasts, left interest rates unchanged and indicated it won’t do any hikes this year.

The Fed also announced it would conclude its balance sheet reduction by September, a relief for Wall Street and in line with what President Donald Trump wanted. The actions Wednesday signal the Fed will do whatever it can to keep the current expansion going.

The Fed entered 2019 predicting the economy would grow 2.3 percent and two more rate hikes would be necessary to keep the economy from overheating. On Wednesday, the Fed cut its growth forecast to 2.1 percent, and the vast majority of Fed leaders now predict no interest rate increases this year.

Interest rates are currently at a range of 2.25 percent to 2.5 percent, the highest level in a decade, but still low by historical standards.

“Growth of economic activity has slowed from its sold rate in the fourth quarter,” the Fed said in a statement. “Recent indicators point to slower growth of household spending and business fixed investment in the first quarter.”

The Fed stressed that it would be “patient” on future rate hikes because leaders of the central bank want to see how the economy evolves in the coming months and inflation remains low. Growth in Europe and China has weakened and there are conflicting signs about how the U.S. economy is doing.

While Trump predicts an ongoing economic boom, the Fed does not anticipate that happening. The Fed expects only 1.9 percent growth in 2020 and only one interest rate increase. The White House forecasts 3.2 percent growth this year and at least 3 percent in 2020.

The Fed also announced plans to halt the slim down of its balance sheet, the $4 trillion in assets the central bank holds, at the end of September. It will start slowing the balance sheet runoff in May.

The Fed said it wants to leave “an ample supply of reserves” in the financial system.

The Fed has been gradually reducing its asset portfolio since 2017 and there was concern from Trump and Wall Street that this was starting to worry markets because it reduces the amount of liquidity in the financial system.

Many on Wall Street want the Fed to stop reducing its balance sheet soon. They see the slim down as akin to more interest rate increases.

“The Fed is still tightening monetary policy. They are still removing accommodation even after nine rate hikes by a decrease of their asset portfolio,” said Michael Farr, head of investment firm Farr, Miller & Washington. “To be fully neutral, they need to stop that.”