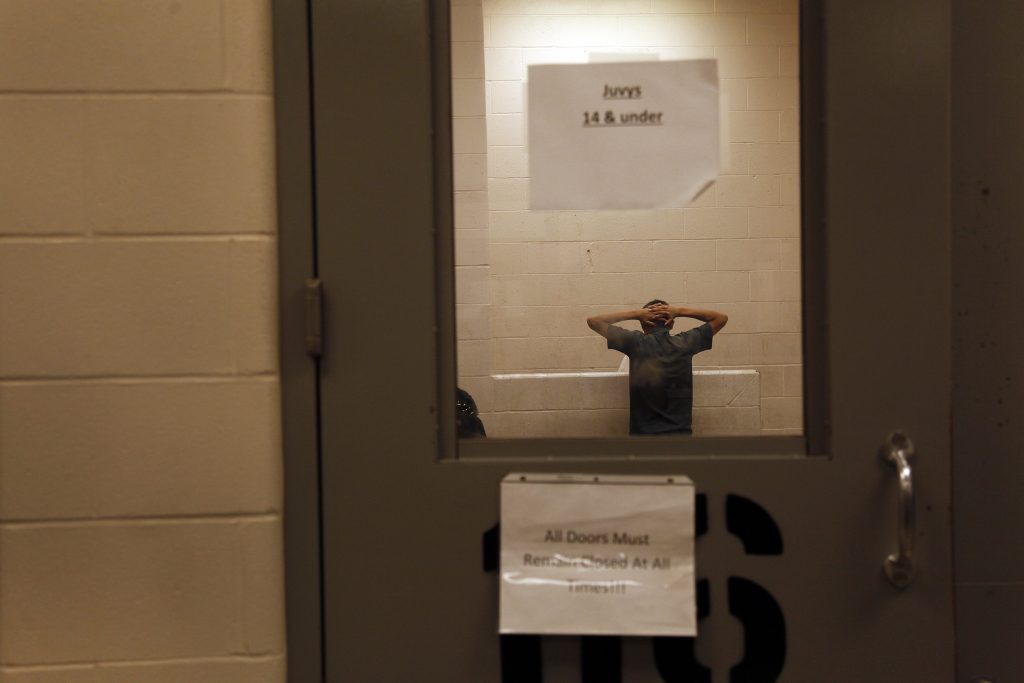 The Border Patrol released 50 recently apprehended migrants here Tuesday, the first of several hundred border-crossers who officials say will soon be freed because there is no room to hold them.

Normally, the Border Patrol would transfer the migrants to Immigration and Customs Enforcement to be “processed” and in many cases placed in detention facilities. But officials said that both agencies have run out of space due to a recent influx of Central American families.

Immigrant advocates suggested the release was intended to create chaos at the border and further President Donald Trump’s argument that there is a national emergency there.

“Why do this now? It doesn’t make sense,” said Zenen Jaimes Perez, advocacy director for the Texas Civil Rights Project, which sent lawyers to the McAllen bus station to assist the migrants. “This is not something they’ve done before.”

He pointed out that the federal government has dealt with bigger influxes of migrants in the recent past.

A Border Patrol official — who spoke on the condition that he not be identified — denied that the release was a political stunt and said that crowding the facilities would threaten the safety of agents and migrants.

The agency plans to make similar releases along other parts of the border, he said.

In February, the Border Patrol caught 66,450 migrants, a 38 percent increase from January and one of the highest monthly totals of the last decade. More than half of those arrested were parents and children, and 40 percent of those were in the Rio Grande Valley.

The number of families arriving in the Rio Grande Valley sector since October has jumped nearly 210 percent over the same period in the last fiscal year, according to Customs and Border Protection reports.

Still, migrant apprehensions are far below levels seen for decades until the mid-2000s, when they reached more than a million per year before falling dramatically.

That hasn’t stopped Trump from declaring a national emergency at the southern border in order to tap into billions in federal funding for his long-promised border wall, with administration officials pointing to the spike in migrant families as evidence of a crisis. In recent weeks, officials have warned the U.S. immigration system is “at a breaking point.”

Border Patrol spokesman Carlos Diaz said the 50 migrants were given notices to appear in court and released to Catholic Charities of the Rio Grande Valley, which operates a local respite center.

He said 200 more migrants would be released to the center Wednesday.

Volunteers in the area are already accustomed to helping large numbers of newly released migrants. Elizabeth Cavazos, a leader of the migrant advocacy group Angry Tias & Abuelas of RGV, said ICE typically releases 300 to 500 migrants a day in McAllen.

But additional releases in large numbers by the Border Patrol are likely to strain the system, she said.

“I feel like they’re trying to put some stress on the volunteer and advocacy groups, all of us touting ‘There’s no crisis down here,’” Cavazos said. “Maybe it’s for them to save face because they’ve been calling this a border crisis and everything’s peachy keen down here. That’s what it feels like.”

The respite center is already at capacity, with 900 migrants spread between the main facility and a temporary site opened this week.

As a result, the Border Patrol’s Central Processing Center in McAllen quickly filled, leading to the release this week.

Another possible factor in the release is that the agency has been under pressure to improve conditions for migrants since two Guatemalan children died in its custody in December.

It is not the first time the federal government has released large numbers of migrants. During the holiday, ICE officials dropped more than a thousand migrants in downtown El Paso, straining local churches and nonprofit shelters, which had to pay to house migrants in hotels.

Before the release of migrants Tuesday, the Border Patrol official said his agency notified McAllen Mayor Jim Darling and Catholic Charities of the Rio Grande Valley.

Many more migrants remain in detention awaiting court hearings on asylum claims. Record numbers of asylum seekers have contributed to a backlog of 830,000 cases.