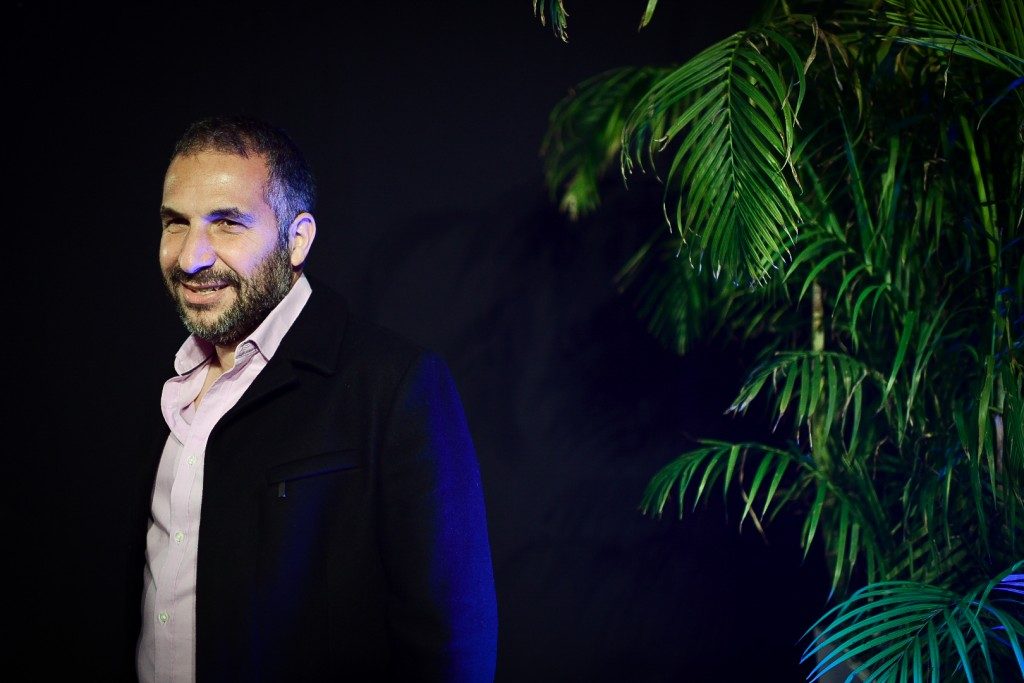 Michael Ben Ari, leader of the far-right Otzma Yehudit party, tells a protest rally in Afula that the city “has been opened to the enemy as a form of equal rights.”

Some 40 kilometers away, Teveria Mayor Ron Cobi blasts “collaborators” who work with chareidim to “take over” the city.

The first statement was made in the context of Arabs seeking to build homes in a Jewish neighborhood in Afula. It was cited last week in the Supreme Court as an example of racism. “That sentence is crystal clear,” Justice Uzi Fogelman said during hearings on whether Ben Ari should be allowed to run for the Knesset. “… This is where this masquerade is revealed.”

The second statement was made by an abrasive, first-time mayor whose anti-chareidi rhetoric has been his ticket to the mayoralty and to what he hopes will turn into a national following.

“Here in Teveria begins the war against chareidim,” he told Yair Krause of Makor Rishon in an interview. Not surprisingly, turning chareidim into the enemy — who else do you go to war against? — evoked no similar charge of racism from the Supreme Court.

Contrary to expectations that Cobi would calm down after winning the election and magnanimously proclaim that he was the mayor of all Teverians, he has continued his maniacal rants against chareidim and against Jewish values that are precious to his city’s 44,000 residents, most of whom are traditional.

In a recent video, he declares war “for our city, our way of life, and against religious coercion in Israel.” The chareidim, he charged, “have intentionally ruined this city, drying up tourism and quality of life.” Cobi directs much of his fury at those who helped the chareidim “ruin” the city, “the people of Teveria who do business with them, who are among us. We must remove them. All the land-sellers and apartment rental agents who work with the chareidim should be ashamed of themselves.”

He also targets “the transportation companies, who are making millions, all the agents who arrange for bus transportation” for chareidi students “who drive themselves and their children in limousines, on our dime. This is a war, and if you do not wake up, if the people of Teveria do not wake up, you will no longer be able to live here in another year.”

None of Cobi’s insane ranting and raving has made an impression on the Supreme Court (which did see fit to bar Ben Ari) or on the secular media. The same liberal groups who are up in arms at attempts to keep Arabs from moving into Jewish communities have no problem with Cobi’s admission that “I pull the rug out from under the feet of the chareidim. The ground isn’t so comfortable for them.”

Cobi has also decided that the way to solve Teveria’s economic woes — it’s NIS 200 million in debt — is to attack Shabbos. First, he funded a free bus to the city’s promenade, which flopped due to lack of interest, and now he’s pushing restaurants to open on Shabbos.

The new mayor hasn’t passed the annual budget or formed a coalition, but he boasts of his big “achievement:” convincing a kosher fish restaurant to give up its hechsher and open on Shabbos.

On a recent Friday, when Rabbanim arrived at the promenade to offer support and encouragement to shopkeepers who remained closed on Shabbos, despite the mayor’s pressure tactics, Cobi had nothing better to do than show up and engage them in a verbal clash.

His obsession with chareidi-bashing has upset not just chareidim but national religious elements, both locally and nationally. Rafi Trebelsi, a city council member representing Habayit Hayehudi, said: “Cobi is busy with provocations in order to make it into the national press… This is a war against religion that harms all strata, all types of kippah-wearers… It’s wrong to run a city through the means of hatred.”

Betzalel Smotrich, head of the Tekuma faction of Bayit Hayehudi on the national ticket, is even stronger. “Forget the fact that this man obviously needs help, preferably in a mental institution,” he wrote in a social media post. “It appears that in Israel we have an anti-Semitic mayor in Teveria who is getting paid by the state…”

The hope in many circles is that Cobi will be unable to form a coalition since the religious and chareidi parties make up a majority of the city council. Sooner or later, the Interior Affairs Ministry will have to get involved and appoint a committee to run the city on its behalf.

Perhaps then, the reign of terror that one man imposed on Teveria and its chareidi residents, who comprise slightly more than 20 percent of the city, will come to an end, and peace will be restored along the banks of the Kinneret, which has seen a winter of very blessed rain.