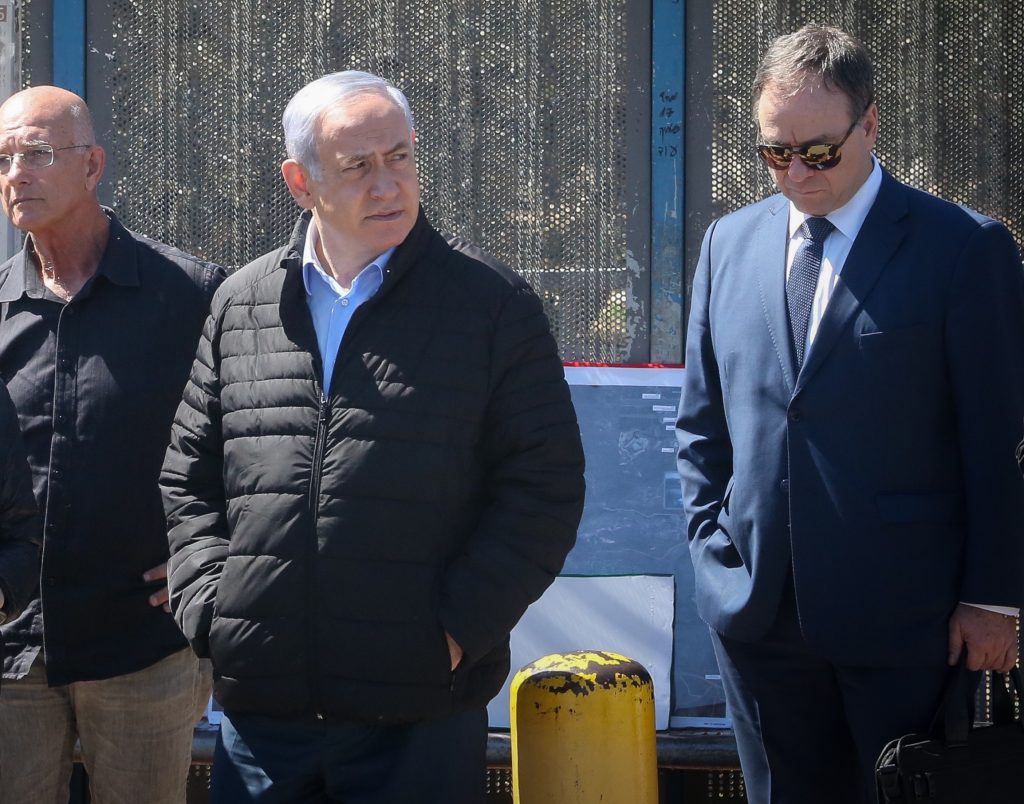 Israeli Prime Minister Binyamin Netanyahu told the Ettinger family that he will seek the death penalty for terrorists, in a condolence visit on Tuesday.

Rabbi Achiad Ettinger Hy”d, a well-known educator and father of 12, was killed in a shooting attack on Sunday at the Ariel Junction in the Shomron.

During the visit, in the community of Eli, Netanyahu told the bereaved family:

“The shock is enormous. From what I have heard about Achiad, he was an amazing person, a man of valor with nobility of soul. The pain over your loss is immense; I understand how deep it is. But I want you to know that it is a shock to the heart of the entire people.”

Efrat Ettinger, a daughter of Rabbi Achiad, told the prime minister that “it’s impossible that a terrorist commits such an act and comes out alive.”

While speaking about enactment of the death penalty, Netanyahu cautioned that this won’t happen “in a day,” Ynet reported.

She responded: “That’s what they say at every condolence call after an incident like this and it doesn’t happen. It’s just talk.”

Netanyahu’s response was not reported.

Ettinger’s mother, Carmit, told the PM she hopes the government will reinforce troop presence in Yehudah and Shomron, which she said has dwindled recently. “This is our country,” she says. “While traveling after recent events we haven’t felt safe. See what you can do to help those who live here.”

The prime minister replied: “A few days ago, we destroyed the [Hamas] headquarters in Gaza to the ground. What we have here is something else.