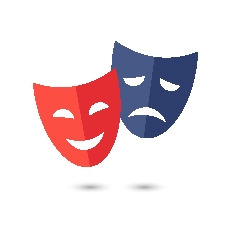 This past week, I heard an amazing story recounted by Rabbi Fishel Schachter in a shiur. I subsequently found out that the story is a few years old, but, as I had never heard it before, it was news to me, and I therefore deemed it “column worthy.” My apologies to those who may find it to be old hat. But, it’s Purim time, so you can wear the dusty old hat as your costume.

Now, Rabbi Schachter, as someone who generously employs the art of story-telling, occasionally offers a disclaimer that he has not authenticated the veracity of any given story. But whether this story is a factual account or a fanciful folk tale, the message it conveys is unquestionably true.

An Israeli bachur was having a hard time in shidduchim because of a disfigurement. He had a large, unsightly scar on his face which proved to be too much for girls to look past. The bachur went to one of the Gedolim, shlita, to pour out his heart and ask for a brachah, and while doing so, mentioned how he got the scar in the first place.

“A number of years ago,” the bachur said, “I saw a terrorist about to attack a Jewish girl with a knife. Without thinking twice, I ran to stop the terrorist. I stopped him, but not before he slashed me across the face with his knife. And now, this horrible scar is making shidduchim so difficult for me. All my friends have been married for some time, and only I am still alone.”

When the Gadol heard the story, he offered the bachur not only a brachah, but a piece of advice. “When you first meet a prospective shidduch, as a conversation opener, tell her right away how you got that scar.”

Of course, there was no question in the bachur’s mind that he would follow the advice of the Gadol Hador. The next time he was set up on a date, instead of feeling self-conscious about his huge scar, he used it as an ice breaker and told the girl the story of how he got it.

The young woman turned pale and asked when exactly this story had happened. You see, she was the girl who was saved on that fateful day. And, yes, in full fairytale-esque style, they got engaged in short order and (presumably) are living happily ever after.

We all carry around with us things that seem to us to be plain “baggage”: traits, experiences, limitations, background, or just about anything else that we find to be unlucky, that we perceive as presenting an impediment to our success. However, the fact of the matter — and, of course, this is oh so easy to say and oh so difficult to live by — is that every aspect of our lives is part of the script that the Great Choreographer has prescribed as necessary for us to achieve what we were created and put into this world for. Even if we don’t get to see the “happily ever after” ending.

For a number of years, the apparently striking dichotomy of Purim perturbed me. On the one hand, we experience the epitome — the absolute pinnacle — of joy. Of course, it’s what the day is all about. But there is one person — quite an important figure at that — who has every reason to be miserable! And that person is none other than Esther Hamalkah. Even after the great salvation of the Jews and their astounding, resounding, and completely unexpected victory over their enemies, Esther remains stuck with Achashverosh! Forced to continue to live as the wife of a non-Jewish man who was anything but a model of good character. In her situation, the “happily ever after” ending must have appeared eternally elusive.

And perhaps that’s just the point. Yes, it’s without a doubt wonderful to grasp glitteringly clear glimpses of the exquisitely precise perfection of Providence through the pathway of pathos-laden plots that leave us breathless from the arrestingly “happily ever after” nature of the twist we never would have expected that led to the greatest gift one could have possibly pined for.

But, even when we are denied such privileged perspective, and the situation looks as bleak and unfair as could be, we can take solace and encouragement from the awareness that there is Someone Who always knows why things have to be just so. The Someone Who has assigned matters as such for a very particular purpose. For our very particular purpose. And even if in this world we don’t get to see the “happily ever after” ending, fear not. For, as the passuk says, vatis’chak l’yom acharon. Eventually, the day will come when we will.