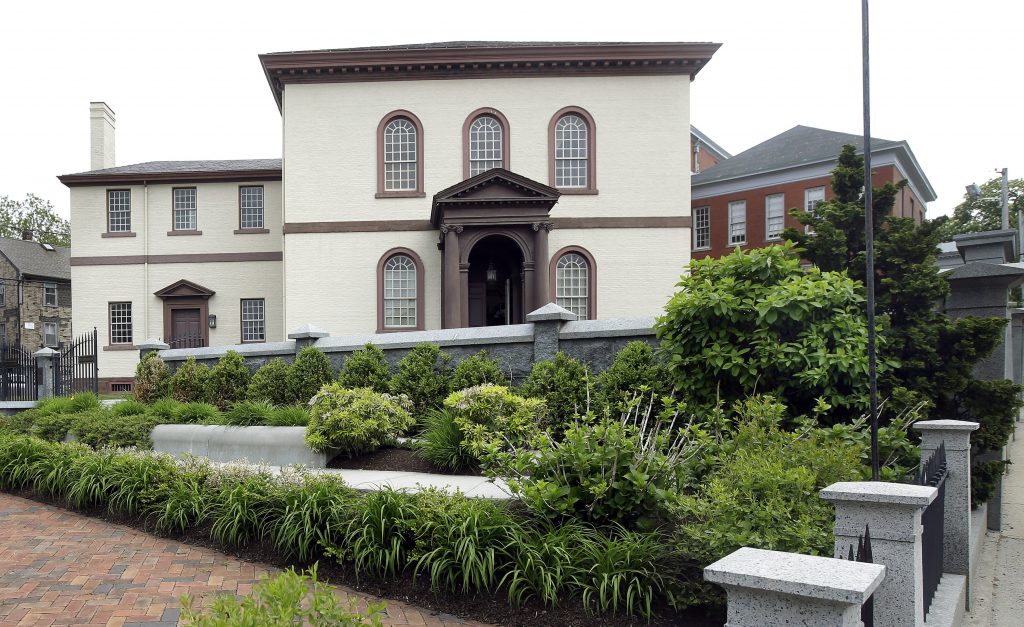 The U.S. Supreme Court declined to intervene Monday in a fight over control of the nation’s oldest synagogue and its religious bells worth millions, leaving in place a ruling that the Rhode Island synagogue will remain the property of a New York congregation.

The Congregation Jeshuat Israel in Newport, Rhode Island, had asked a judge to declare that it owned the more than 250-year-old Touro Synagogue and a set of Colonial-era Torah bells, called rimonim. It had a plan to sell the bells to the Museum of Fine Arts in Boston for $7.4 million as a way to shore up its finances.

Manhattan’s Congregation Shearith Israel, the nation’s oldest Jewish congregation, became trustee of Touro after Jews left Newport in the late 18th and early 19th centuries. It fought the plan to sell the bells.

Congregation Jeshuat Israel has worshipped at Touro since the late 1800s, and the two sides have periodically fought since then over who controls it.

Lou Solomon, a lawyer for Congregation Shearith Israel, struck a conciliatory tone, saying he looked forward to “a return of harmonious relations” between them and Touro’s congregation.

But he added a caveat.

“We’re going to go forward with or without them. It is my hope that there will not be any more hostile acts,” he said.

A trial judge awarded control of the property and the bells to the Newport group, but the 1st U.S. Circuit Court of Appeals went the other way, giving them to the group from Manhattan.

Gary Naftalis, a lawyer for the Newport congregants, said they were disappointed.

“Our petition raised significant constitutional issues affecting the survival of Touro Synagogue and the rights of religious organizations in America,” he said, adding that they hope the congregation’s “right to continue to pray in the historic Touro Synagogue, as it has for over a century, will be respected.”

Solomon said the New York congregation plans to reach out to the one in Newport soon with an offer to meet and plan for ways to move forward together.

“We don’t want to be the imperialists that are coming there and kicking people out. What matters is that the synagogue remain a house of worship for all Jews, open to all Jews,” he said.

Touro Synagogue was dedicated in 1763 and is a national historic site. The synagogue was visited by George Washington in 1790, and he later sent its congregants a letter declaring that the government of the United States “gives to bigotry no sanction, to persecution no assistance.” It attracts tens of thousands of visitors annually.