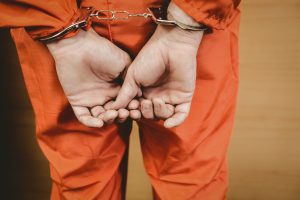 The Supreme Court on Monday accepted two important criminal justice cases for next term but turned down a Georgia death-row inmate who said a juror in his case used racist language.

As they began shaping their docket for the term that starts in October, the justices accepted a case from Louisiana that asks whether the Constitution requires unanimous jury verdicts for serious criminal convictions.

Louisiana and Oregon do not require unanimity for major crimes, and attorneys representing defendants convicted in those states for years have urged the Supreme Court to revisit the question.

In rulings in 1972, the court said the Constitution’s Sixth Amendment, which recognizes the right to a “speedy and public trial, by an impartial jury,” does not mean states must require a unanimous jury. At the same time, the court has required unanimity in federal trials.

The question is similar to one the court faced earlier this term, when it ruled the Eighth Amendment ban on excessive fines applies to state and local governments, not just the federal government.

The Louisiana case was brought by Evangelisto Ramos, convicted of second-degree murder in 2016 on a 10-to-2 jury vote and sentenced to life in prison. His attorneys said Louisiana’s law was a Jim Crow attempt to diminish the impact of African Americans serving on juries.

The state’s voters in 2018 passed a referendum requiring unanimous verdicts in felony trials. But it was prospective to 2019 and would not affect Ramos.

Louisiana opposed Ramos’s request. “Thousands of final convictions in these two states could be upset if such a new rule were later declared retroactive,” wrote the state’s attorney general, Jeff Landry, a Republican.

The case is Ramos v. Louisiana.

In Kahler v. Kansas, attorneys for James Kraig Kahler ask the court to decide whether a state may abolish the insanity defense. Kahler was convicted and sentenced to death for killing his wife, Karen, his daughters Lauren and Emily, and Karen’s grandmother in 2009.

Kahler’s attorneys argued he was so mentally ill he did not understand his actions.

But, “in Kansas, along with four other states, it is not a defense to criminal liability that mental illness prevented the defendant from knowing his actions were wrong,” Washington lawyer Jeffrey Green told the Supreme Court.

“So long as he knowingly killed a human being – even if he did it because he believed the devil told him to, or because a delusion convinced him that his victim was trying to kill him, or because he lacked the ability to control his actions – he is guilty,” Green said.

Green said the other states are Alaska, Idaho, Montana and Utah.

The court also turned down a petition from Keith Tharpe, who is on Georgia’s death row.

Seven years later, he discovered that a juror in the case harbored racist sentiments. The juror, Barney Gattie, believed there are “two types of black people: 1. Black folks and 2. N——,” according to an affidavit.

The court did not provide an explanation for turning down Tharpe’s petition. But Justice Sonia Sotomayor wrote separately to say his plea turned not on the juror’s remarks but rather on procedural grounds that it appeared a lower court got right.

“As this may be the end of the road for Tharpe’s juror-bias claim, however, we should not look away from the magnitude of the potential injustice that procedural barriers are shielding from judicial review,” Sotomayor wrote.