Israel Report: One Million Jews in Yehudah and Shomron by 2041
Israel 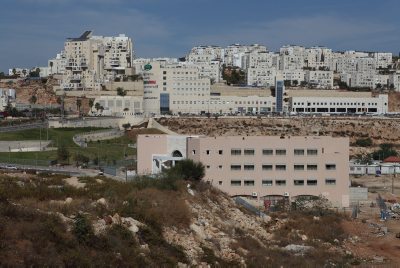 An annual report on the Jewish population of Yehudah and Shomron at the end of 2018 totaled 449,508 people, 3.3-percent more than at the end of 2017. That figure does not include Israelis who live in areas of Yerushalayim that were liberated in the 1967 Six Day War; some 320,000 Jews live in 23 neighborhoods established in those areas. Over the past five years, the report shows, the Jewish population of Yehuda and Shomron has grown 20.61 percent.

The report was authored by former National Union head Yaakov Katz (“Ketzaleh”), based on official numbers of the Central Bureau of Statistics and local figures. Population growth was seen in almost all towns in Yehuda and Shomron, including in all the settlement blocs. The most prolific growth was in the area known as East Gush Etzion, where there were 6.15-percent more people at the end of 2018 than there were a year earlier. In the past five years, the population of this area has mushroomed by over 40 percent.

Modiin Ilit (Kiryat Sefer) remained the largest single city in Yehudah and Shomron, with 74,615 people, followed by Beitar Ilit, with 60,098 residents. Maale Adumim, the third largest city, had 41,220 people, while Ariel had 20,445, coming in fourth. With that, the largest single settlement bloc, which is most often mentioned as “expendable” by leftist politicians because of the large number of Arabs in the area, was the Binyamin bloc, with a total of 90,956 residents. The largest city there is Givat Zeev, with 19,300 residents.