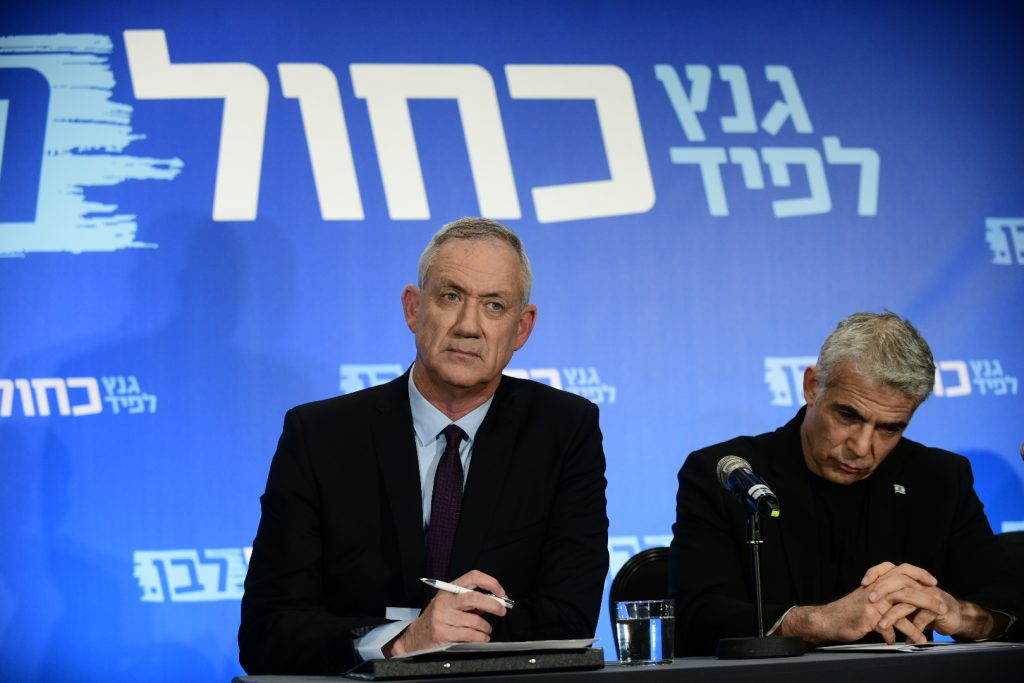 The candidacy of Benny Gantz depends in large part on his record as an IDF chief of staff, and it was of that very strong point that Israeli Prime Minister Binyamin Netanyahu sought to deprive him on Monday, deriding the former general’s own security failure.

“If Benny Gantz can’t protect his phone, how will he protect our country?” asked Netanyahu, referring to a reported hacking of Gantz’s phone by Iranian intelligence agents. While personal information was taken, apparently there was no breach of classified documents.

“Netanyahu hacked the Iranians and stole all of their information,” the prime minister tweeted, alongside a photo of himself and the nuclear archive smuggled out of Tehran by Mossad agents.

“The Iranians hacked Gantz and stole all of his information,” it continued.

The prime minister also termed the hack “ironic,” pointing out that Gantz was chairman of a cybersecurity company that went bankrupt.

Gantz’s party, Blue and White, has requested that Attorney General Avichai Mandelblit investigate who leaked the story about the hacked phone, intimating that Netanyahu may have had a hand in the leak.

The appeal to Mandelblit does not mention the prime minister, saying only that the leaked report traces back to a “very specific office in Yerushalayim.”

“If the leak was motivated by political interests, it would constitute a threat to the security of the state, in addition to a breach of trust of the highest order,” reports Ynet.

“There’s nothing that illustrates the loss of morals more than a situation in which state security and state officials are enslaved in favor of a narrow political interest.”

In addition, Blue and White asked the attorney general to instruct the prime minister, who is in charge of the cyber network, to “refrain from using bodies under his authority, as well as the information available to him, for personal and political interests.”

At a press conference on Monday Gantz seized on the submarine affair, accusing Netanyahu of lying and profiteering in the acquisition of the vessels for the navy. Gantz promised that he would establish a parliamentary commission of inquiry into Netanyahu’s involvement in the multi-billion-shekel purchase from Germany’s Thyssenkrupp, as well as his alleged green-lighting of sales of some advanced naval weaponry to Egypt.

“I tell you that we will establish a parliamentary inquiry to investigate it,” said Gantz, accusing the prime minister of personally profiting by 16 million shekels from the submarine deal.

“Security is my profession. We will know to bring security back to Israel,” said Gantz. “Some of the people who run Israel’s security do it for good reasons, not for money or personal [concerns].

“This week it was also revealed that the PM approved selling advanced submarines to Egypt. The prime minister denied it, he denied and lied,” Gantz said.