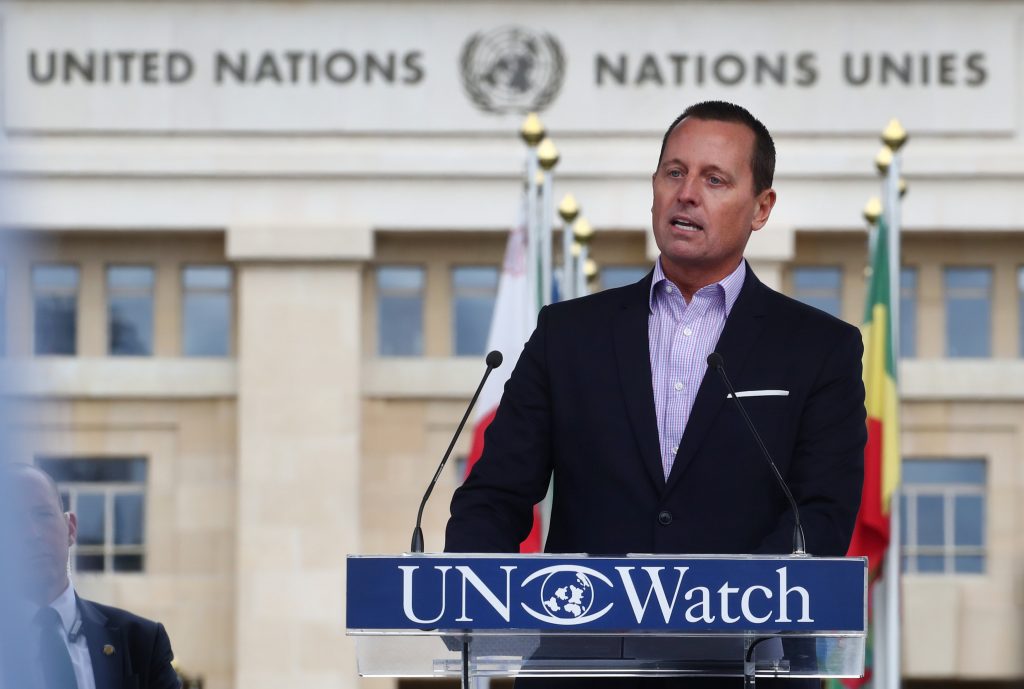 U.N. war crimes investigators called on Israel on Monday to stop its snipers using lethal force against protesters on the border with Gaza, as the anniversary approached of the start of demonstrations there last year in which 189 Palestinians were killed.

Israel says the U.N. council is biased, and it boycotted the day-long debate, while hundreds of Israel supporters rallied outside the United Nations in Geneva, including senior U.S. officials.

Israel has said its forces opened fire to protect the border from incursions and attacks by armed terrorists.

The commission’s preliminary report said last month that Israeli security forces may have committed war crimes and crimes against humanity in its response.

“To pass resolution after resolution on Israel while frequently ignoring China, Cuba, or Russia, is a horrendous hypocrisy,” U.S. ambassador to Germany Richard Grenell told the crowd of Israel supporters gathered outside the U.N. building in Geneva.

“Applying one standard to the state of Israel and not applying the same standard to others is anti-Semitic,” he said.

Earlier, U.N. special rapporteur Michael Lynk alleged that Israel was depriving millions of Palestinians of access to regular clean water supplies and stripping the land of minerals “in an apparent act of pillage.”

“In his latest farcical report, Mr. Lynk stoops to a new low and (accuses) the Jewish State of stealing,” Israel’s mission in Geneva said in a statement to Reuters, calling Lynk a “known Palestinian advocate.”