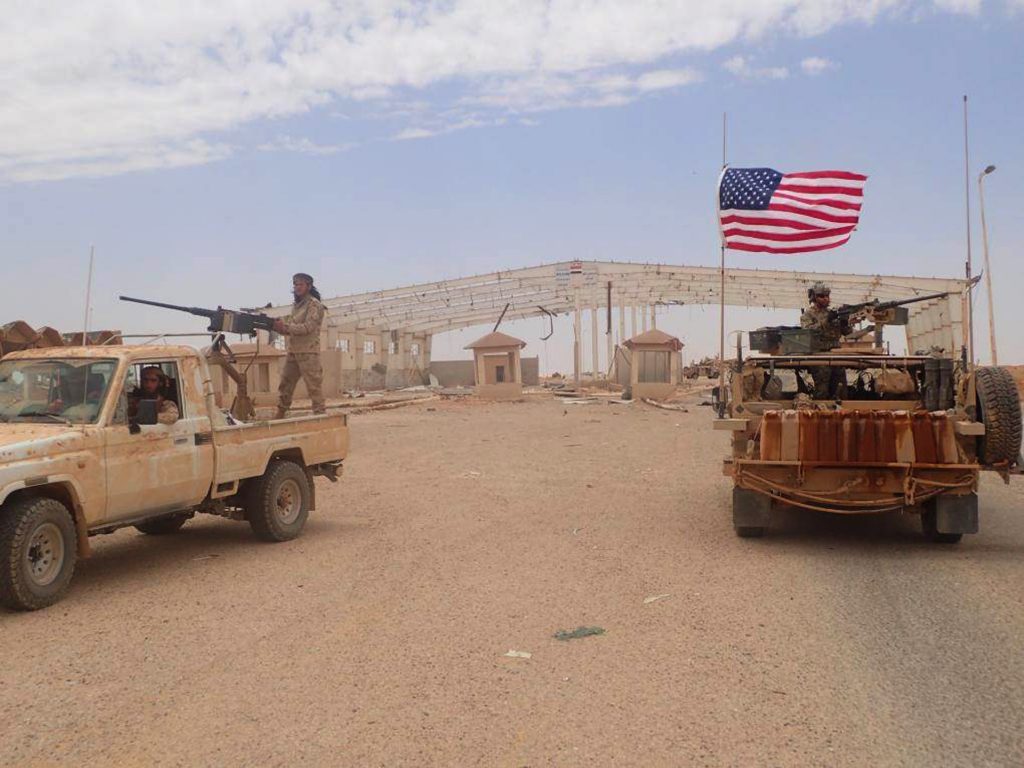 Iran and Syria on Monday demanded the United States withdraw its troops from Syria, and the Damascus government threatened U.S.-backed Kurdish forces with military defeat if they did not agree to a return of state authority.

The Iranian and Syrian military chiefs were speaking after a meeting in Damascus that also included their Iraqi counterpart, who gave a political boost to President Bashar al-Assad and Tehran by announcing the Syrian border would soon be reopened.

The United States said last month it would keep some forces in Syria, reversing course from an earlier decision to pull them all out once Islamic State is militarily defeated.

It has deployed air power and some ground troops in support of the Kurdish-led Syrian Democratic Forces (SDF) militia that is close to seizing the terrorists’ last enclave in eastern Syria. It also has a military base at Tanf, near the Damascus-Baghdad highway and the Iraq and Syrian frontier.

“The only card remaining in the hands of the Americans and their allies is the SDF, and it will be dealt with through the two methods used by the Syrian state: national reconciliation or the liberation of the areas that they control through force,” Syrian Defense Minister General Ali Abdullah Ayoub said.

Large areas of Syria have been brought back under government control through “reconciliation agreements” that have typically been concluded after the military defeat of rebel forces.

Ayoub noted there was no doubt that U.S. military capabilities were “big and advanced” but said that the Syrian army’s sources of strength included a “readiness for sacrifices” and it was “capable of taking action and having an effect.”

“America and others will leave Syria as they have left other areas, because this presence is illegal and rejected.”

The Iranian armed forces chief of staff, Major General Mohammad Baqeri, echoed the demand for the departure of foreign forces that had deployed in Syria without the approval of Damascus.

He said the Damascus meeting had “studied the means that should be taken to recover” territories still outside government hands, including the areas of U.S. deployment, adding the decision in this regard was up to the Syrian state.

Baqeri said the meeting confirmed that the countries were “united against terrorism” and coordinating at a high level.

Syria’s border crossing with Iraq has been closed for years. The area was overrun by Islamic State in 2014, which swore to eradicate modern nation states and meld them into its self-declared caliphate.

“G-d willing the coming days will witness the opening of the border crossing and the continuation of visits and trade between the two countries,” Iraqi Lieutenant General Othman al-Ghanimi said at a news conference broadcast by Syrian state media.