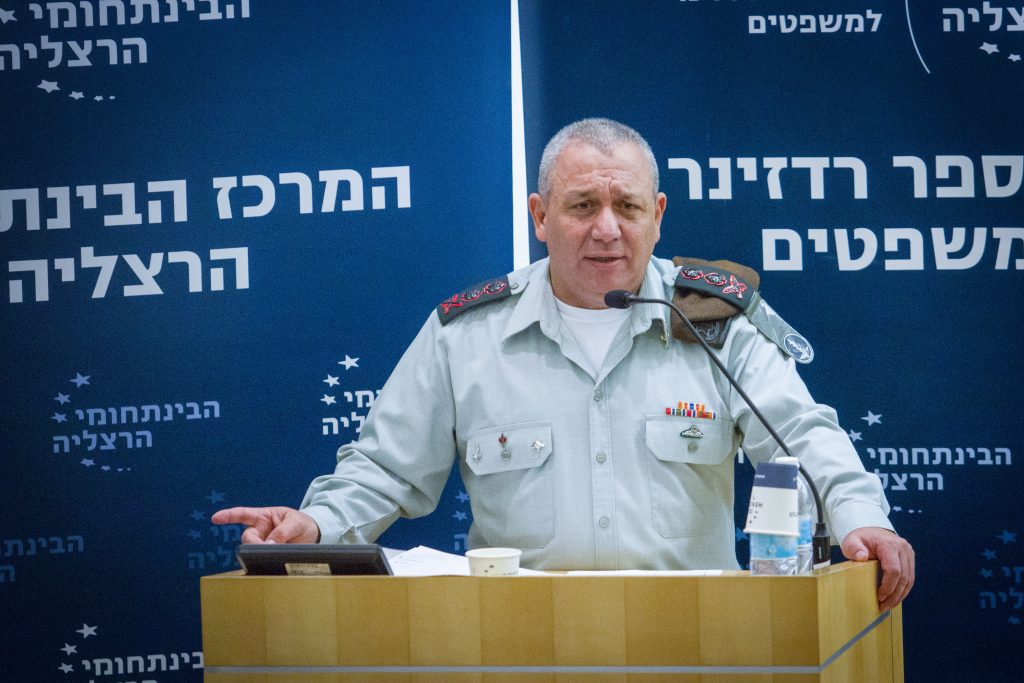 The situation on the northern border with Hezbollah has been even more volatile than anyone knew, recently retired IDF chief of staff Gadi Eisenkot said Monday.

“There were not a few instances and days where the distance between those events and escalation to the point of war or battle was a hair’s breadth,” Eisenkot was quoted saying in Israeli media reports.

“The Hezbollah threat is a serious threat,” Eisenkot told the Meir Dagan Conference for Security and Strategy in Netanya. “Hezbollah had grandiose plans to surprise Israel by bringing 5,000 fighters into Israel by their underground tunnels, while firing rockets at us,” he said.

“But this plan was not implemented. It was identified by us four years ago, and we dealt with it two months ago, while at the same time continuing to harm their abilities to produce precise weapons,” he added.

He added that despite an announcement that the counter-tunnel operations had ended, the IDF “is simultaneously monitoring several locations where Hezbollah is digging underground structures which have yet to cross into Israel.”

As important as the defeat of the tunnel threat was, Eisenkot indicated that he did not think it was the IDF’s greatest accomplishment during his tenure, which began in February 2015.

Rather, Eisenkot declared that “the crowning glory of security activity was the thwarting of the Iranian nuclear program,” though he refrained from going into details.

Turning to the Syrian front, Eisenkot warned that conventional warfare remains a threat to Israel and despite heavy losses in the civil war, the Syrian armed forces were expected to recover.

“There is no doubt that within three to five years we will see an improvement in the Syrian army, which has already begun a rehabilitation process and which is a threat that will continue to occupy the IDF,” Eisenkot said.