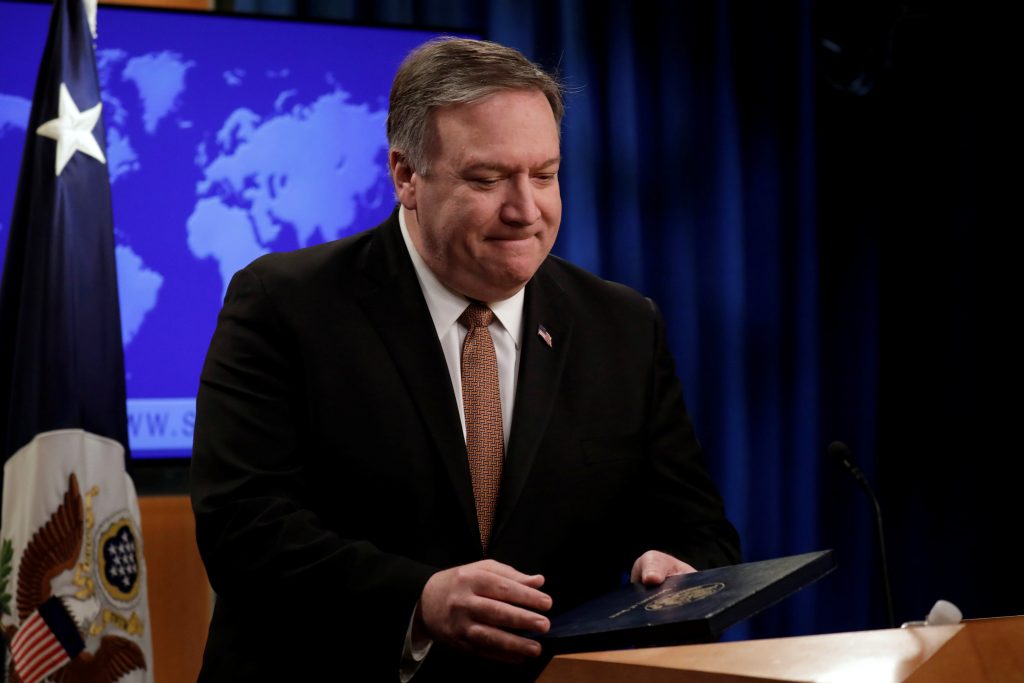 The United States will revoke or deny visas to International Criminal Court personnel seeking to investigate alleged war crimes and other abuses committed by U.S. forces in Afghanistan or elsewhere, and may do the same with those who seek action against Israel, Secretary of State Mike Pompeo said.

Israel was the only country mentioned in Pompeo’s statement.

Pompeo, acting on a threat delivered in September by U.S. national security adviser John Bolton, framed the action as necessary to prevent the international body from infringing on U.S. sovereignty by prosecuting American forces or allies for torture or other war crimes.

“We are determined to protect the American and allied military and civilian personnel from living in fear of unjust prosecution for actions taken to defend our great nation,” Pompeo said.

U.S. officials have long regarded the Netherlands-based ICC with hostility, arguing that American courts are capable of handling any allegations against U.S. forces and questioning the motives of an international court.

The visa restrictions would apply to any ICC employee who takes or has taken action “to request or further such an investigation” into allegations against U.S. forces and their allies in Afghanistan that include forced disappearances and torture.

Addressing ICC employees directly, Pompeo said: “If you are responsible for the proposed ICC investigation of U.S. personnel in connection with the situation in Afghanistan, you should not assume that you still have or will get a visa or will be permitted to enter the United States.”

That comment suggested that action may have already been taken against the ICC prosecutor who asked last year to formally open an investigation into allegations of war crimes committed by Afghan national security forces, Taliban and Haqqani network terrorists, as well as U.S. forces and intelligence officials in Afghanistan since May 2003.