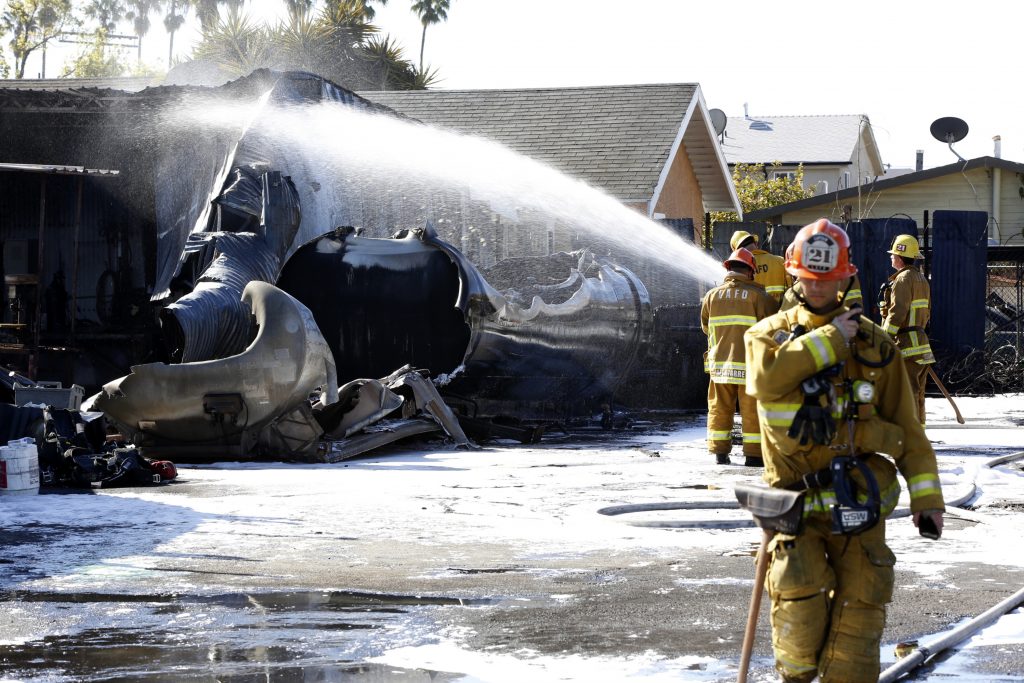 The fire department says the blast Sunday morning reverberated through storm drains and sent manhole covers into the air.

Dozens of firefighters took about an hour to douse the fire, which sent up a huge plume of smoke visible across the city.

At least two nearby structures were exposed to flames. The extent of the damage isn’t immediately known.

An investigation is underway in the neighborhood about 6 miles south of downtown Los Angeles.