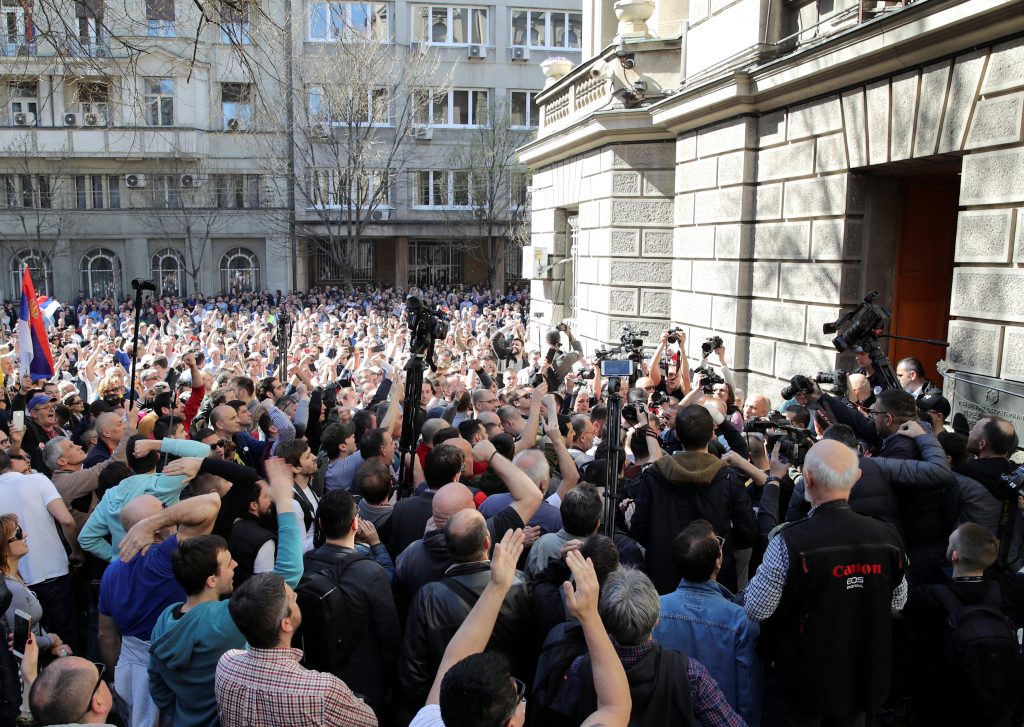 The protesters had been taking part in a demonstration by several thousand people against the rule of President Aleksandar Vucic and his Serbian Progressive Party (SNS), calling for media freedom as a condition for free and fair elections.

State news has given scant coverage to similar protests that have taken place every Saturday since early December.

“For the past months we have been asking only for one thing – to allow protest organizers to speak on the state’s media,” said Bosko Obradovic, leader of the Dveri political party.

It was not immediately clear how many protesters had entered the building, but it was the first such incursion at state communications by activists opposed to the authorities for almost 20 years.

Anti-riot police later entered the facility and began to take out the demonstrators one by one.

Shortly before the police took action, Interior Minister Nebojsa Stefanovic told a press conference that all who entered the building this evening “would be held responsible.”

Anti-government demonstrators last stormed the state’s media building, known as the government mouthpiece, on October 5, 2000, bringing down the regime of Slobodan Milosevic.

The protesters on Saturday were brought together by the Alliance for Serbia, a loose grouping of 30 opposition parties and organizations.

Vucic has previously said he would not bow to opposition demands for electoral reform and increased media freedom “even if there were five million people in the street,” but said he was willing to test his party’s popularity in a snap vote.

The protests have spread to other cities in Serbia and on Friday were held in Novi Sad, the second-largest city, the southern city of Nis and several other towns, though numbers outside the capital remain small.