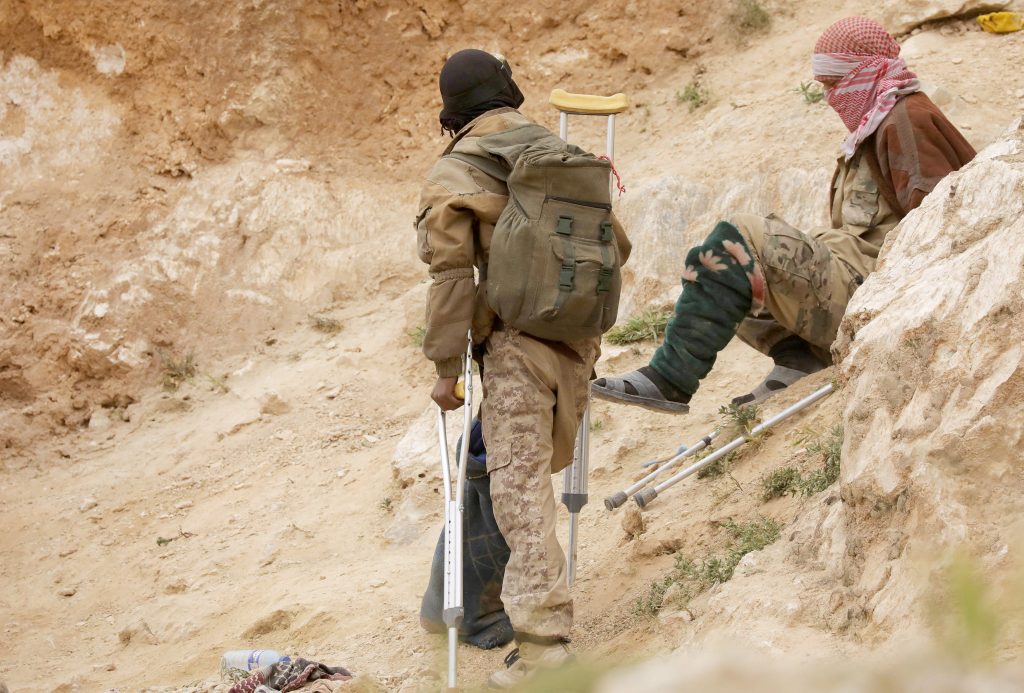 The U.S.-backed Syrian Democratic Forces (SDF) said on Sunday over 60,000 people, mostly civilians, had flooded out of Islamic State’s last enclave in eastern Syria since a final assault to capture it began over two months ago.

SDF spokesman Kino Gabriel told journalists that 29,600 people, the majority of whom were families of fighters of the terrorist group, had surrendered since the U.S.-backed forces led by the Kurdish YPG laid siege to the town of Baghouz and its hinterland on the Euphrates River.

Among them were 5,000 terrorists, the SDF said.

Another 34,000 civilians were evacuated from Baghouz, the last shred of territory held by the terrorists who have been driven from roughly one third of Iraq and Syria over the past four years, Gabriel said.

Former residents from the region say many of the civilians who came out of the Baghouz area in recent weeks were Iraqi Sunnis with close tribal ties on the other side of the border in Deir al-Zor, a Sunni heartland.

They sought sanctuary in Syria for fear of revenge attacks by the Iraqi Hashd al Shaabi, the Iranian-backed Shiite militias in Iraq who swept through their areas when the terrorists lost control.

Another SDF spokesman Mustafa Bali told Reuters only around a hundred terrorists and their families had surrendered overnight in the remaining spot where hardline insurgents have been mounting a desperate last-stand defense.

“We had expected the surrender of a large number of terrorists and their families but only a small group came out,” Bali said.

A Reuters witness spotted U.S.-led coalition jets flying overhead but there was no renewed bombing raids in a lull in fighting as the SDF expected more terrorists and their families to surrender in the course of the day.

The SDF said another 520 terrorists were captured during special operations conducted in the last terrorist bastion that comprises a group of villages surrounded by farmland where IS terrorists and followers retreated as their “caliphate” was driven from once vast territories.

Former residents say hundreds of civilians have been killed in months of heavy aerial bombing by the coalition that have leveled to the ground many of the hamlets in the farmland area along the border with Iraq.

The SDF has mostly transferred the tens of thousands who have fled Islamic State’s shrinking territory in recent months to a camp at al-Hol in the northeast.