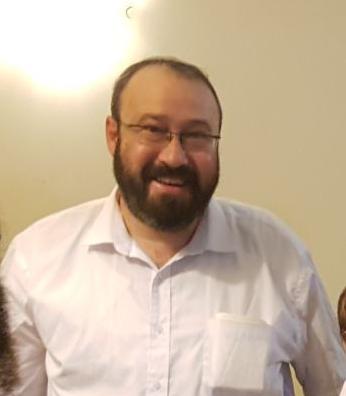 As doctors at Beilinson Hospital continue to fight to save the life of Rabbi Achiad Ettinger, who was critically wounded in a terror attack earlier today, residents of his hometown of Eli in the Shomron have been holding a prayer vigil for him, Arutz Sheva reported.

Rabbi Ettinger, 47, father of 12, a well-known educational figure in the national religious sector, serves as dean of the Oz V’Emunah hesder yeshiva in the Neve Sha’anan neighborhood of south Tel Aviv.

Elmaliach, a neighbor, said that “I hope that, b’ezrat Hashem, he’ll come out of it, he’ll regain his strength and will continue to be part of the public landscape here in the community.”

“We’re with the family in their home now, we’ve updated all the close circles, the frameworks, the schools, the educational systems, we’re accompanying the family to the hospital.”

Elmaliach said that the security situation in the region has been deteriorating. “In the last few weeks, we witnessed three shooting incidents, the last of which was fatal, and this morning’s. The previous incidents ended with a miracle, people weren’t killed. The attack could have been prevented. I don’t know if it is the same unit, but if we understood we were dealing with a ticking time bomb it wouldn’t have happened. It must stop.

Shomron Regional Council head Yossi Dagan said on Sunday: “We are reinforcing the heroic IDF soldiers, and rely on the defense establishment and the IDF to reach these despicable terrorists and liquidate them. We never break down, never retreat.”

All are asked to daven for the refuah shleimah of Achiad Ehud ben Carmit.