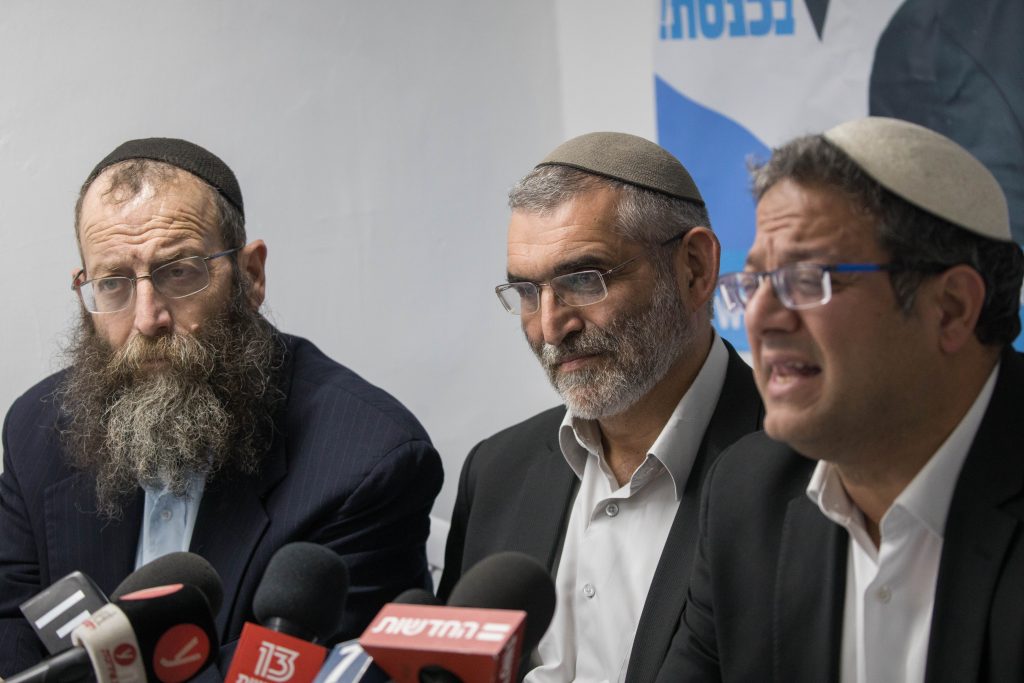 Following the High Court ruling on Sunday to disqualify Michael Ben Ari from running for the Knesset, his Otzma Yehudit party issued a statement saying:

“In the situation that has been created, some 100,000 Otzma Yehudit supporters feel harrassed and embittered. Clearly, if no proper solution is found, they will find it hard to go to the polls [April 9], which would endanger the right wing.

“Among other things, which Otzma Yehudit members have demanded this evening, aside from a ministerial appointment for Baruch Marzel, elevation of Itamar Ben-Gvir to the fifth place on the combined list, a commitment that he be appointed chairman of the Knesset Law committee, whether the party should find itself in the coalition or the opposition, and fulfillment of the promise that Ben-Gvir will be placed on the committee for the selection of judges.”

Sources in Otzma Yehudit were quoted as saying that the aforementioned demands are legitimate in light of the wretched ruling of the High Court. It is only natural, they said, that Otzma Yehudit be given an opportunity to work in the sphere of law, and bring about a real change after the tenure of Ayelet Shaked.