Israel Gantz to Mandelblit: Investigate If Politics Is Behind Story of Phone Hack
Israel 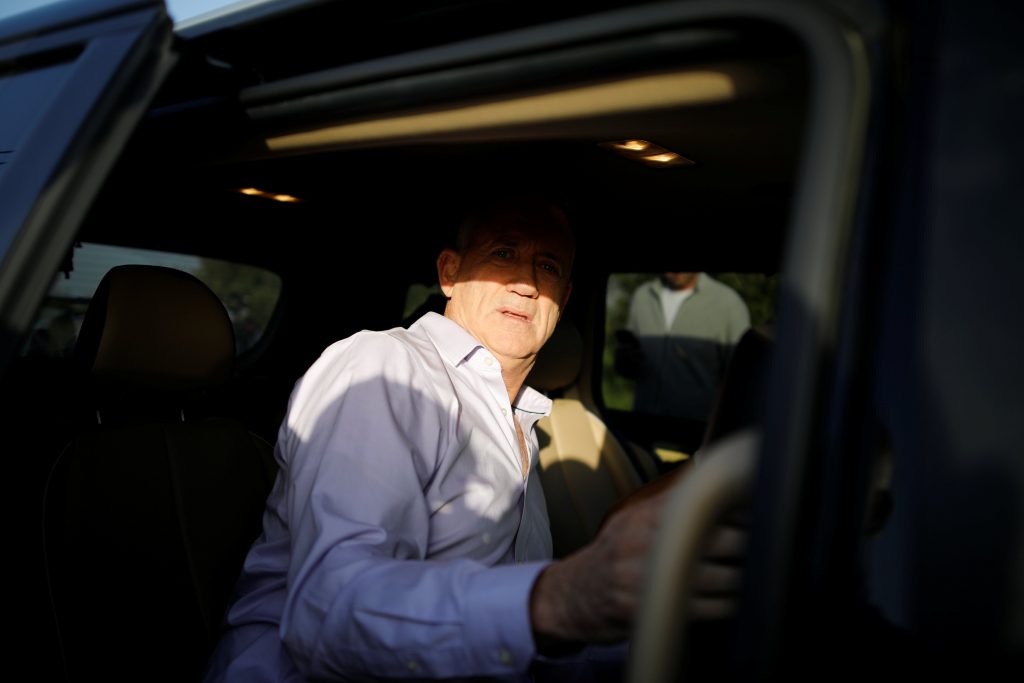 The Blue and White Party on Sunday demanded that State Attorney Avichai Mandelblit investigate the source of the story that the cellphone of party head Benny Gantz had been hacked by the Iranians. A report in Yediot Acharonot said that the party told Mandelblit that “there is a list of indications that the leak on this matter came from a certain office in Yerushalayim. The leak of an incident that could have security implications is a serious matter, with strong implications for the security of the state. The more likely that this leak was conducted for political reasons, the more likely that we are looking at a case of breach of responsibility on the part of those who leaked the story.”

There was no sensitive security information on the cellphone belonging to Gantz, a security source said Motzoei Shabbos – but there are “embarrassing” items, Channel 12 new reported. The nature of those items was not revealed, but rumors over the weekend reported in Israeli media referred to personal issues involving Gantz’s family.

The saga of Gantz’s phone, which was allegedly compromised by Iranian hackers, continued to dominate news headlines in Israel. On Thursday night, a report emerged that the Shin Bet had informed Gantz that Iranian hackers had compromised his personal cellphone. Any information on the device was likely to be used against him, both during the election campaign and if he becomes prime minister, the agency told Gantz. He was informed of the breach five weeks ago, around the time that he announced his candidacy for the prime minister’s office.

Gantz responded to the report at a press conference held at the Gaza border late Friday afternoon. At the press conference, Gantz dismissed the reports, saying that the story of the phone was “political chatter that was insubstantial and unsubstantiated. We have a much bigger story here, and that is the loss of deterrence against Hamas. It is the Gazans who are setting the agenda. We must restore taking the initiative, and force Hamas to return to the quiet situation that prevailed after Operation Protective Edge,” the last major flareup between Israel and Hamas.

After making the remarks, Gantz took questions from about a dozen reporters who had followed him down south for the press conference. The questions mostly focused on the phone issue, but Gantz attempted to deflect the questions and focus on the security situation. Kan News reported that some of the reporters “grumbled loudly at Gantz’s refusal to answer the questions, telling him that that was what they had come down there for.”

In an interview, Gantz’s number-two in Blue and White, Yair Lapid, said that the phone story “is nothing but a spin by Prime Minister Netanyahu, who leaked this the day after new allegations surfaced against him that he and his uncle got NIS 16 million in the deal to sell Israel submarines. Netanyahu leaked this so we wouldn’t talk about his corruption, or about the security situation in Gaza, or his other lies. He is sitting in his office now and laughing,” Lapid told Channel 13. “Who else would release a story like this two weeks before the election? There is only one man in this country who had the information and the motive to release a story like this.”

In response, the Likud dismissed the “the wild accusations by Gantz and Lapid against the Shin Bet and the Mossad,” and accused them of leaking the information to Netanyahu. Both organizations said Friday that Netanyahu was not consulted before Gantz was informed of the breach. “These accusations show that they are on the verge of panic. Prime Minister Netanyahu and the Likud are not involved in this story, and Lapid and Gantz are trying to hide the fact that they supported the bad deal with Iran, and their opposition to attacking Iranian nuclear installations. These accusations against Netanyahu are an attempt to hide the fact that they will establish a left-wing government if given the opportunity.”