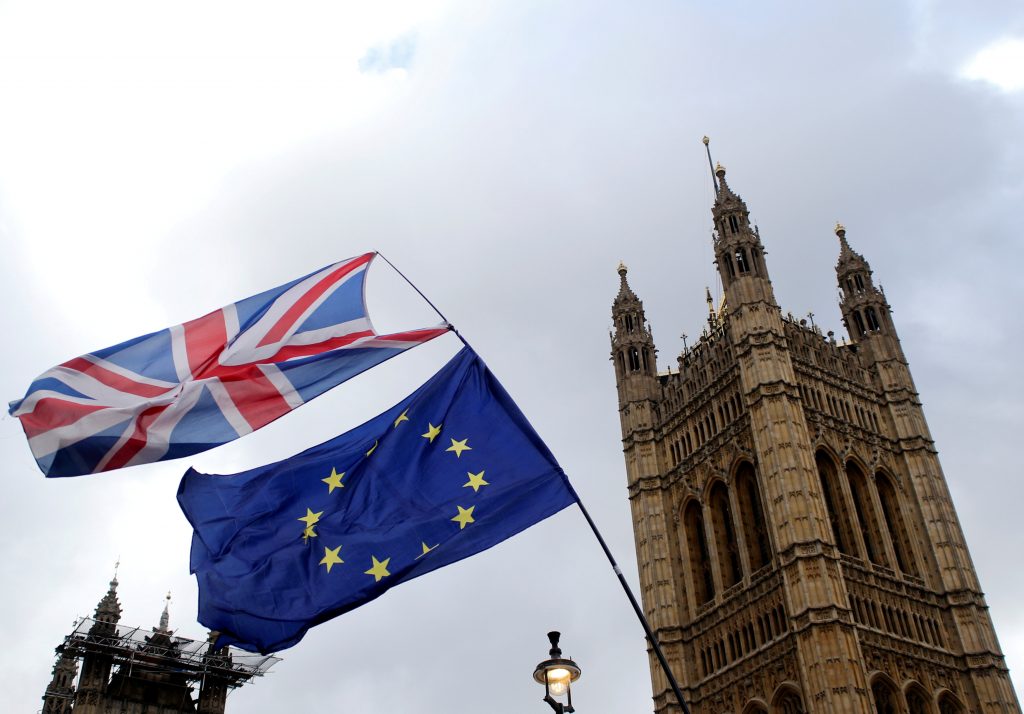 Prime Minister Theresa May’s warned lawmakers that unless they approved her Brexit divorce deal after two crushing defeats, Britain’s exit from the European Union could face a long delay and could involve taking part in European parliament elections.

After two-and-a-half years of tortuous divorce negotiations with the EU, the final outcome is still uncertain with options including a long delay, exiting with May’s deal, a disorderly exit without a deal or even another referendum.

May issued Brexit supporters an ultimatum: ratify her deal by a European Council summit on March 21 or face a delay to Brexit way beyond June 30 that would open up the possibility that the divorce could be ultimately thwarted.

The prime minister bluntly warned that Britain will be forced to take part in European parliamentary elections expected to place at the end of May if there is a longer extension to Brexit talks.

“If the proposal were to go back to square one and negotiate a new deal, that would mean a much longer extension – almost certainly requiring the United Kingdom to participate in the European Parliament elections in May,” she said in an article in the Sunday Telegraph.

“The idea of the British people going to the polls to elect MEPs three years after voting to leave the EU hardly bears thinking about. There could be no more potent symbol of parliament’s collective political failure.”

The Sunday Times said May will warn Brexit supporters that unless they support her deal they will face a “Hotel California Brexit” where you can check out, but never leave.

EU leaders will consider pressing Britain to delay Brexit by at least a year to find a way out of the domestic maelstrom, though there is shock and growing impatience at the political chaos in London.

Her deal, an attempt to keep close relations with the EU while leaving the bloc’s formal structures, was defeated by 230 votes in parliament on Jan. 15 and by 149 votes on March 12.

But May continues to fight to build support for her plan, which is expected to put before lawmakers for a third time next week, possibly on Tuesday.

To get it through parliament, the prime minister must win over dozens of Brexit-supporting rebels in her own Conservative Party and the Northern Irish Democratic Unionist Party (DUP) which props up her minority government.

“I know that I will have to do more to convince others, as well as the DUP, if I am to succeed in finally securing a majority for the deal,” May said.

The DUP said on Saturday it is continuing to hold talks with the government but differences remained over the Irish border.

The proposed changes would address the most contentious part of the divorce deal – an insurance policy aimed at avoiding controls on the sensitive border between the British province of Northern Ireland and EU member Ireland.

The DUP is also demanding a seat at post-Brexit trade talks as its price for supporting her deal, The Sunday Telegraph reported.

But the opposition Labour Party’s finance policy chief John McDonnell said on Saturday he was concerned that Chancellor of the Exchequer Philip Hammond’s presence during the talks on Friday means the government might have offered the DUP money to back the deal.

“It will rightfully be seen by the British electorate as corrupt politics and will demean our political system in the eyes of the world,” McDonnell said.

The DUP denied that they were seeking money from the government.

After three dramatic days in parliament this week, lawmakers voted on Thursday to have the government ask the EU for a delay beyond the date Britain is scheduled to leave – March 29.

May says she wants to minimise any delay but to achieve that she will need parliament to back her deal at the third time by the middle of next week, possibly on Tuesday.

She needs 75 lawmakers to change their vote. If she can swing the DUP behind her, along with several dozen more Brexit supporters in her own party, she will be getting close to the numbers she needs.

One eurosceptic Conservative lawmaker Daniel Kawczynski said on Saturday he will now back May’s deal because otherwise there is a risk Brexit may not happen.

Around 20 Conservatives lawmakers are unlikely ever to be satisfied but she may draw in a small number of opposition Labour lawmakers.

In another sign of how Brexit continues to reshape loyalties in Britain’s politics, a senior Conservative lawmaker quit his local party on Saturday due to disagreements over Brexit.

Nick Boles, 53, has been critical of the government’s threat to leave the EU without a deal and has faced calls from his local party to be ousted as its candidate for the next general election.

Boles said he could remain aligned with the Conservatives in parliament if it is offered “on acceptable terms.”