Israel Tens of Thousands in Gaza Protest — Against Hamas
Israel 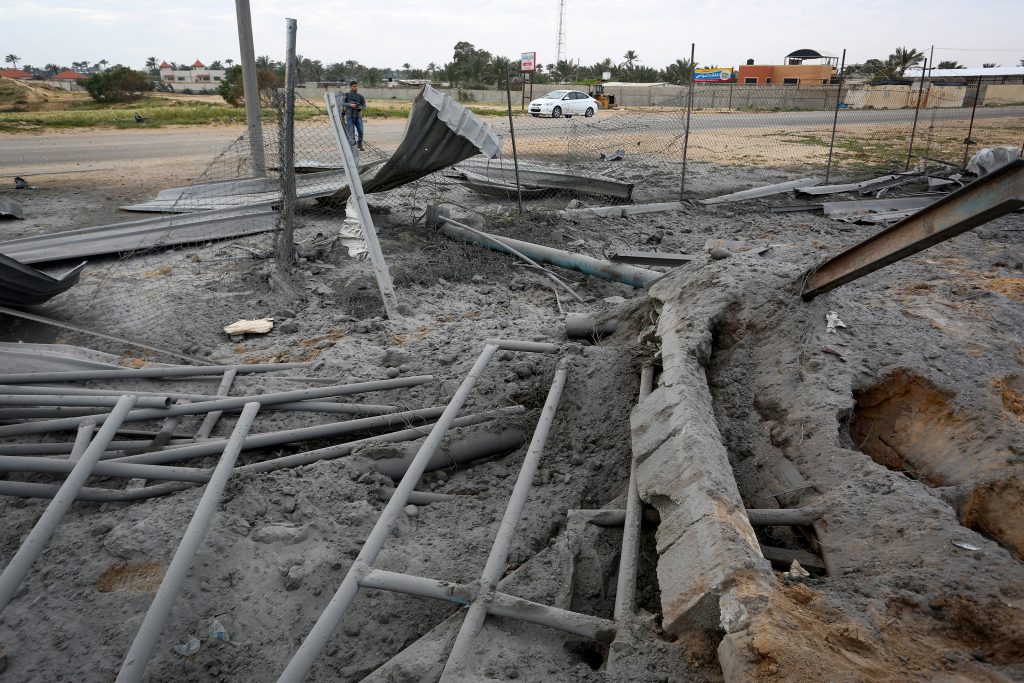 Hundreds of Arabs rioted along the Gaza border fence Friday afternoon, throwing rocks and firebombs at IDF troops – but the real action was in the interior of Gaza, where tens of thousands demonstrated against Hamas, demanding that the terror group provide for their welfare, instead of the “privileged groups” who have been receiving money and benefits over the years, protesters charged.

Sources associated with Fatah on Saturday night distributed footage of a resident of the Jabalya refugee camp, Ahmed Abu Tahoun, who set himself on fire. According to the sources, Abu Tahoun was thrown out of his home because he couldn’t pay his rent. With that, Maariv quoted Israeli officials as saying that the footage was apparently old, and had been circulated last year.

The official reason for the protests was the high cost of living in Gaza, but Kan News showed numerous video clips of dissatisfied Gazans slamming Hamas for their poverty. “They [Hamas] have houses, money, vacations, enough money to marry off their children, while we have nothing,” one protester says. “The time has come to sweep away this corrupt regime. If you do not listen to the demands of the people we will sweep you away,” another protester says.

Footage shows Gazans throwing rocks at black-clad Hamas police, who chase the protesters throughout Gaza City and use live fire against them. Hundreds were reported injured, but the number could not be confirmed, because Hamas has been silent on the protests. Protesters reported that Hamas has been beating protesters and raiding houses, and that hundreds have been arrested. Among those arrested have been journalists who have been chronicling the events, protesters said.

Hamas is blaming Fatah for the protests. A source in Gaza told Maariv that “if these protests continue through Monday, Hamas will have a real revolution on its hands. It’s a shame that Fatah is turning this into a political thing, because there is real anger here against the high cost of living and Hamas corruption.” Because of the Fatah interference, the source said, “Hamas can accuse protesters of being traitors, and thus quash the rebellion.”

Palestinian Authority chief and Fatah chairman Mahmoud Abbas months ago shut down all transfer payments to Gaza, in an effort to incite Gazans against Hamas. As tens of thousands protested in Gaza’s towns and refugee camps against Hamas, several thousand also protested against Abbas, demanding that he end the “siege” against Gaza, and begin sending payments again.

On Friday, Hamas, for the first time in a year, canceled the weekly demonstration at the Gaza border fence. The cancellation came after two Fajr missiles were fired Thursday night from Gaza at the Tel Aviv area. Both Hamas and Islamic Jihad denied firing the rockets, but the IDF responded by hitting over 100 Hamas targets in Gaza, causing heavy damage to the group’s infrastructure, as well as buildings and structures, including a port used by the terror group to conduct naval exercises. Despite the cancellation of the demonstrations, several hundred Gazans showed up anyway and rioted, and IDF troops used anti-riot measures to quell the crowd.