Politics On 2020 Race, Biden Gets Ahead of Himself
Politics 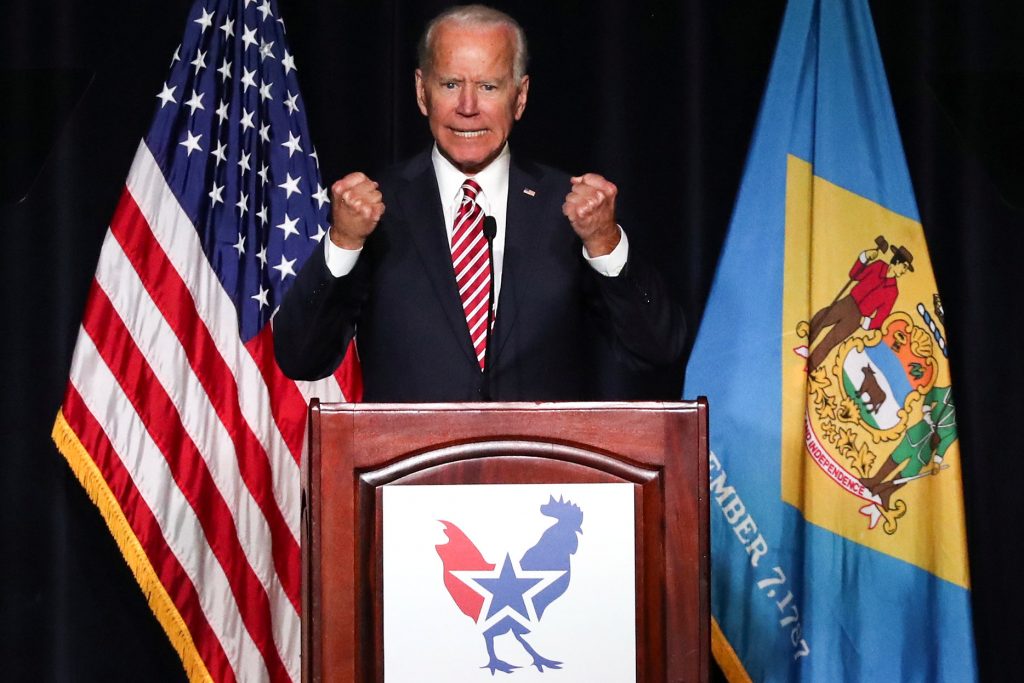 Former vice president Joe Biden is expected to announce soon whether he will seek the White House in 2020. On Saturday night, he seemed – for a moment – to get ahead of himself.

“I have the most progressive record of anybody running for the United . . . anybody who would run,” Biden told Delaware Democrats at their party fundraising dinner.

The crowd at a ballroom at the Dover Downs casino complex began to cheer, as Biden laughed.

Biden, 76, has repeatedly pushed back possible announcement dates for what would be his third run for the presidency. He has tapped staffers who would be expected to lead a national campaign, leaving many of his political allies convinced he’ll run. But he has yet to make those plans official.

Sen. Tom . Carper, D-Del., referred to him as “President Biden.” Sen. Chris Coons, D-Del., told the crowd that he was “praying” for a president who “unites us and heals us,” referring to Biden. Sonia Schorr Sloan, an activist accepting an award at the dinner, said she had told Biden that she had “one campaign left” in her.

“Joe doesn’t just look like he’s back,” Delaware Gov. John Carney said. “He looks like he’s ready for a fight.”

The Delaware speech was Biden’s second political appearance of the week, after an address to the International Association of Fire Fighters that resembled a campaign rally, with “Run Joe Run” signs waving in the audience.

At both speeches, Biden described the Trump presidency as a dangerous sham.

“Trump turned his back on the very people he said he would help,” Biden said in Dover. He decried the president’s praise for Vladimir Putin and Kim Jong Un, noting that some foreign dictators had borrowed the president’s “fake news” rhetoric to crack down on opposition in their countries.

“If you asked me a few years ago whether our democracy could ever crumble, I would have laughed at you,” said Biden.

The former vice president offered a few hints of what a 2020 campaign could focus on, telling the crowd it was “going to hear a lot” from him about a “new corporate ethic” focused on workers’ prosperity, and attacking the health-care cuts in the Trump administration’s proposed budget, released this past week.

But Biden also continued his running argument with the Democratic Party’s “new left,” returning several times to the idea that politics had been broken by people who refuse to seek consensus. He referred to Delaware’s election tradition of “returns day,” where victorious and defeated candidates literally bury a hatchet together and ride in a parade, as an example of the way politics should be.

“We don’t demonize our opponents,” he said. “We don’t belittle them. We don’t treat the opposition as the enemy. We might even say a nice word about a Republican if they do something good.”