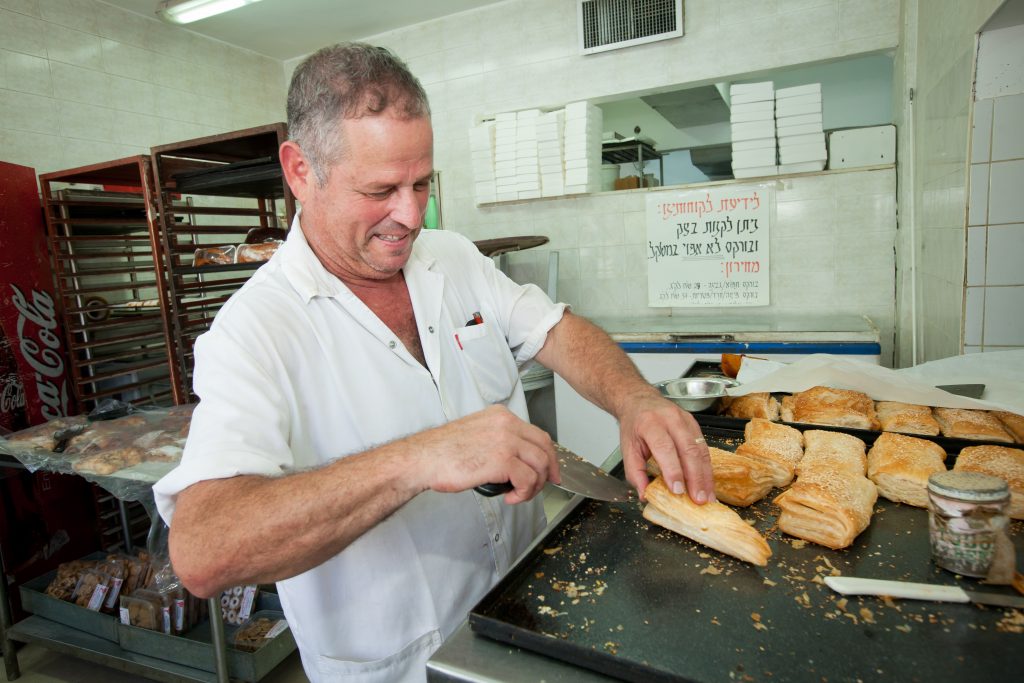 Bourekas, ruggelach and other fattening carb-rich foods will be a thing of the past at government meetings and events. In an era of greater health consciousness, the Civil Service Authority has banned serving calorie-rich baked goods, a report in Yediot Acharonot said.

The Authority has ordered government offices and agencies to act to ensure the principles of healthy nutrition, both in foods served at the office and at events. Instead of the usual high-fat foods served at meetings, like bourekas and pastries, the Authority wants to see more fruit, sugar-free yogurts, nuts and whole grain-based cakes and sandwiches, and other healthier foods at these events. Sugary drinks are to replaced by water, seltzer, milk, tea, and coffee.

The order also affects lunches served at offices and events, and here, too, the emphasis will be on whole grains, vegetables, and a sharp reduction in the amount of sugar served. Fish and lean meat will be preferred, and chicken will be served without the skin. Fried foods will be significantly limited.

The orders will affect dozens of organizations, including all government ministries, the courts, the Knesset, the Tax Authority, government hospitals, police and fire stations.

The Authority said that the move was designed to battle the increased levels of obesity among Israelis, responsible for a slew of diseases, from cancer to diabetes. Lack of exercise and poor nutrition are among the chief culprits in the poor health of Israelis. The menus at meetings, events, and lunches will be gradually changed, so as to enable offices and agencies to adjust their supplies, staff, and personnel and give them time to adjust. However, sugary soft drinks will be taken off the menu immediately.

Ofer Binayahu, a top official with the Authority, said that “it is customary to serve food at all sorts of events, usually including sugared drinks, cookies and other baked goods, bourekas and the like. As a result, meetings often turn into health challenges. We aim to change that.”