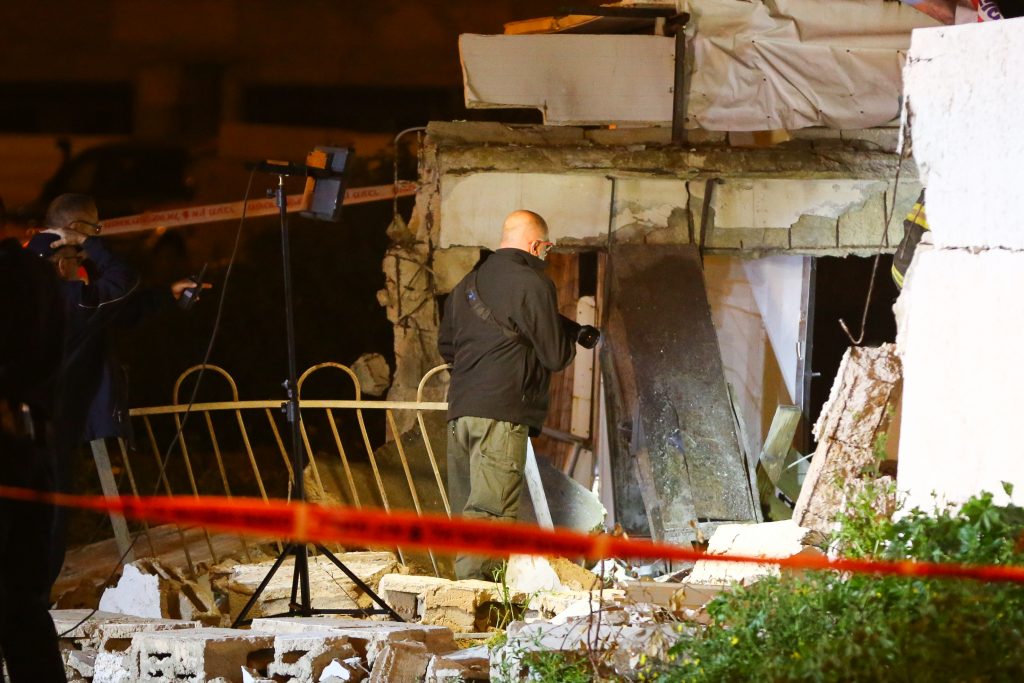 At least two people were seriously injured in the collapse of a building in Ashdod on Thursday afternoon, according to initial reports.

The collapse was reportedly due to an explosion of gas containers.

The two injured — one man in his 30s and another in his 50s — were evacuated to a nearby hospital for treatment.

MDA paramedics, accompanied by firefighting and rescue teams, arrived at the site and began providing medical treatment for the two injured men, while a search was made for anyone else who may have been trapped in the building.

The explosion reportedly caused the ceiling of the first floor of the two-story structure to collapse.

“This is a very complex incident…there was a lot of damage, and with the firefighting forces we quickly worked to rescue the two men who were trapped. They were conscious and suffered serious injuries in all parts of their bodies,” said Eliyahu Edri, one of the first rescuers to arrive at the scene.

“We quickly took them to the ambulances and, while continuing to receive life-saving medical treatment, they were evacuated to the Assuta Hospital in the city.

At last report, emergency units were still at the scene, searching for residents who might have been trapped there.