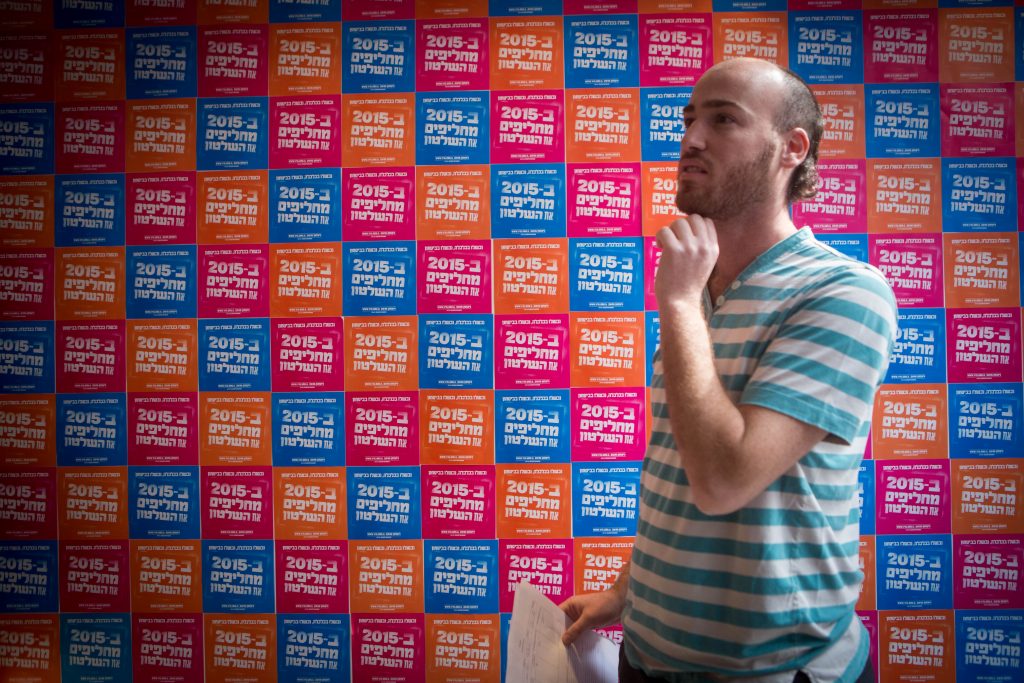 The Likud on Thursday filed a petition with the Central Election Committee seeking to ban the Darcheinu organization from campaigning on behalf of the Blue and White. Darecheinu is the new name for the V-15 group, the Likud said – the same group that the party accused of promoting Zionist Camp in the 2015 election, illicitly using foreign donations for the purpose.

According to the current petition, Darcheinu is not registered as an “officially active election group,” a status required of an organization that seeks to run ads and distribute materials on behalf of a specific party. Despite that, the group has been “running a digital campaign valued at millions of shekels, with the purpose of convincing Likud voters to choose the left-wing party of Benny Gantz and Yair Lapid,” the petition says.

The group, according to the petition, is in violation of the V-15 law, legislated in the just-ended Knesset in response to the group’s activities in the 2015 election campaign. The law was passed in the wake of funding provided to leftist groups by foreign groups, some of them government-sponsored, in order to campaign against Netanyahu in that election.

The Victory 2015 organization, a subgroup of the far-left OneVoice organization, received money from European governments to campaign against Netanyahu.

The law does not ban donations but rather requires that organizations are up front about them. Any organization with a budget of at least NIS 400,000 must officially register as a political lobby, and appoint an accountant who will report on the group’s activities. Groups that spend NIS 500,000 or more without fulfilling these requirements will be held criminally liable.

According to the petition, Darcheinu is in violation of at least two tenets of the law; it has spent far more than half a million shekels, and it has not registered as a political lobby. “Darcheinu is a direct descendant of the previous groups that were active in the 2015 election, with the express purpose of removing the Likud from power and replacing it with a center-left party. Darcheinu has been flagrantly violating the law, and an injunction must be issued immediately against its current and future activities,” the Likud said.

In response, Darcheinu said that the group was operating legally, and that “hundreds of thousands of Israelis have been participating in our activities. Among them are Israelis from both right and left, top members of the Likud, religious and secular, and residents of the center and periphery. During an era when incitement and divisiveness are the order of the day, our activities span the entire political range, providing a message of unity.”