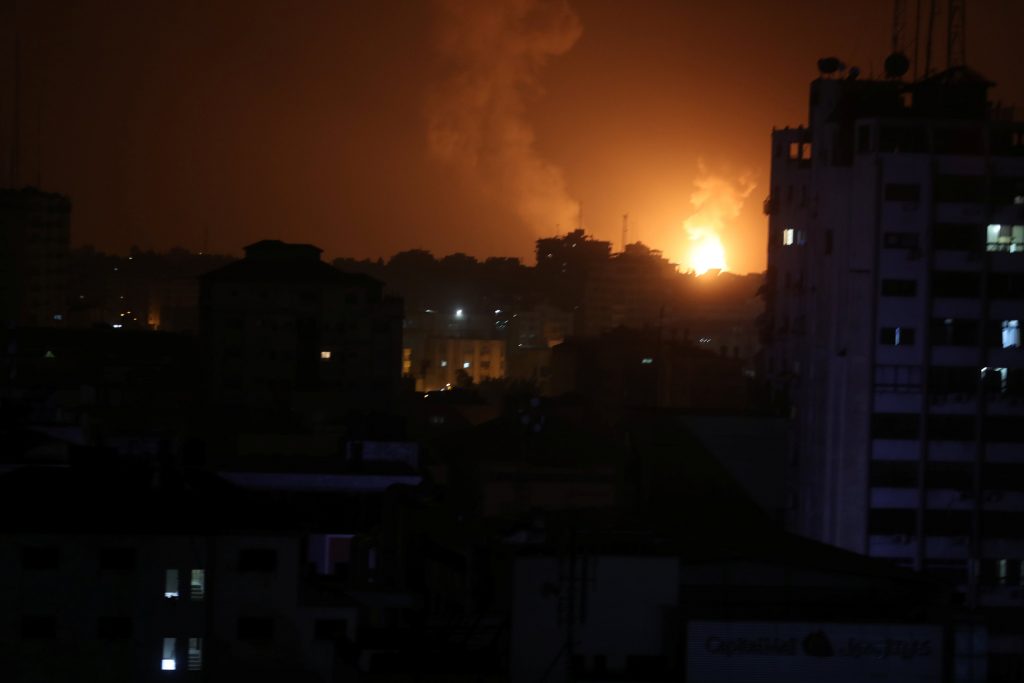 Explosions were heard in the Gaza Strip early Friday and Palestinian witnesses said Israeli planes bombed two Hamas security positions in the south and north of the territory.

The Israeli military confirmed that it was attacking what it called “terror sites” in Gaza, including a naval commando base,  hours after it said two rockets were launched from the enclave at the Tel Aviv area.