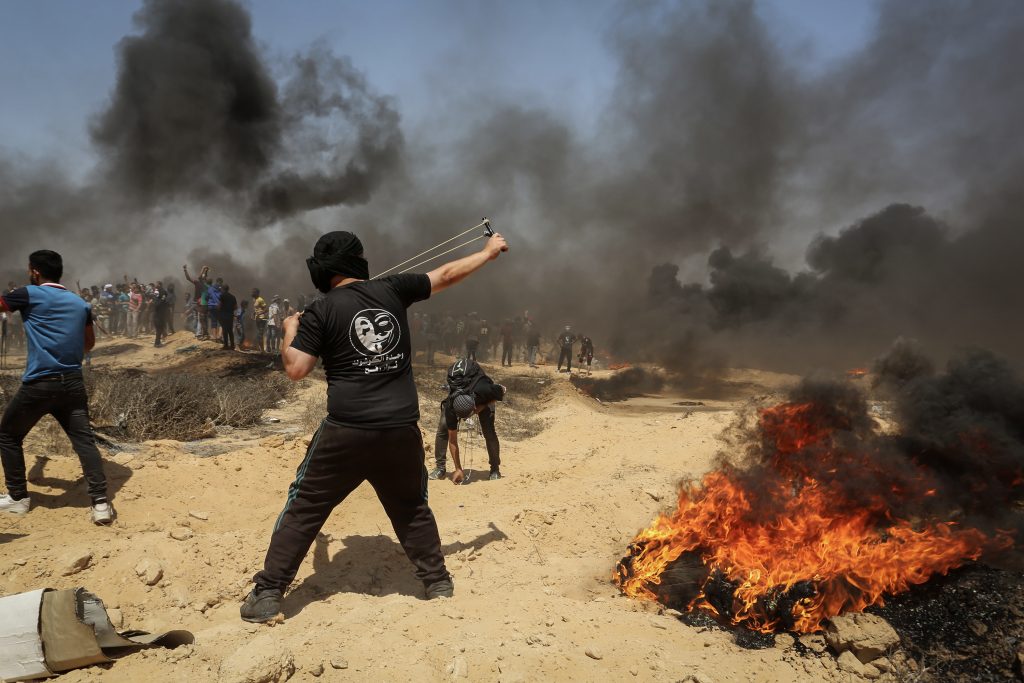 IDF soldiers early Thursday captured five Gaza Arabs who infiltrated Israel during the night. The five were captured in an area of the Eshkol Regional Council, a few hundred meters from where they breached the Gaza border fence. The five were being questioned Thursday on their motives for entering Israel.

Meanwhile, the IDF is preparing for several major security events that are set to take place in the Gaza border area. On March 30th, Palestinian Authority and Gaza Arabs will commemorate Land Day, traditionally a day of increased rioting and marked by security events. This year, the date marks the first anniversary of the round of major rioting at the Gaza border fence that takes place every weekend, and often during the week as well. Channel 13 quoted Gaza sources as saying that Hamas and Islamic Jihad intended this year to carry out its “million-man march,” with the declared intent of massing large numbers of people to break through the Gaza border fence and on into Israel.

With that, Gaza terror groups have decided to temporarily scale back the rioting that has been taking place at the fence on weeknights. The decision was made in order to give Egyptian negotiators an opportunity to work out a longer-term deal for border quiet between Israel and Hamas. Channel 13 reported that Israel has informed the Egyptians that it is prepared to continue the “gestures” that have been implemented recently – including maintaining an increased flow of fuel into Gaza, allowing for more hours of electricity a day, as well as continuing to allow Qatar to transfer cash to Hamas for payments to terrorists and their families.

Earlier this week, Qatari official Muhammad al-Amadi distributed $5.5 million in cash directly to Gazans, after Hamas said it would not accept the cash that Qatar had pledged to give the terror group, due to Israeli attempts to prevent the distribution of that money to terrorists and their families. Instead, Al-Amadi gave pre-screened families $100 each in financial assistance. The list of eligible families was put together by Hamas and Qatari officials. “The payments here are purely humanitarian in nature,” al-Amadi said in an interview in Arab media. “Some have tried to describe it as payoffs to prevent rioting, and others said that it was some sort of election campaign tactic. Both are incorrect.”

Last month, Israel expressed opposition to the cash transfers by Qatar to Hamas, because the money was being used to pay terrorists, but eventually backpedaled – but at that point Hamas refused to accept the transfers. “We do not intend to turn Gaza into a staging area for the Israeli election,” Hamas said in a statement. “We discussed several issues with al-Amadi, and he understood why we did not want to accept the payments based on the conditions Israel set. We will continue our protests until we receive all our rights,” the terror group said.