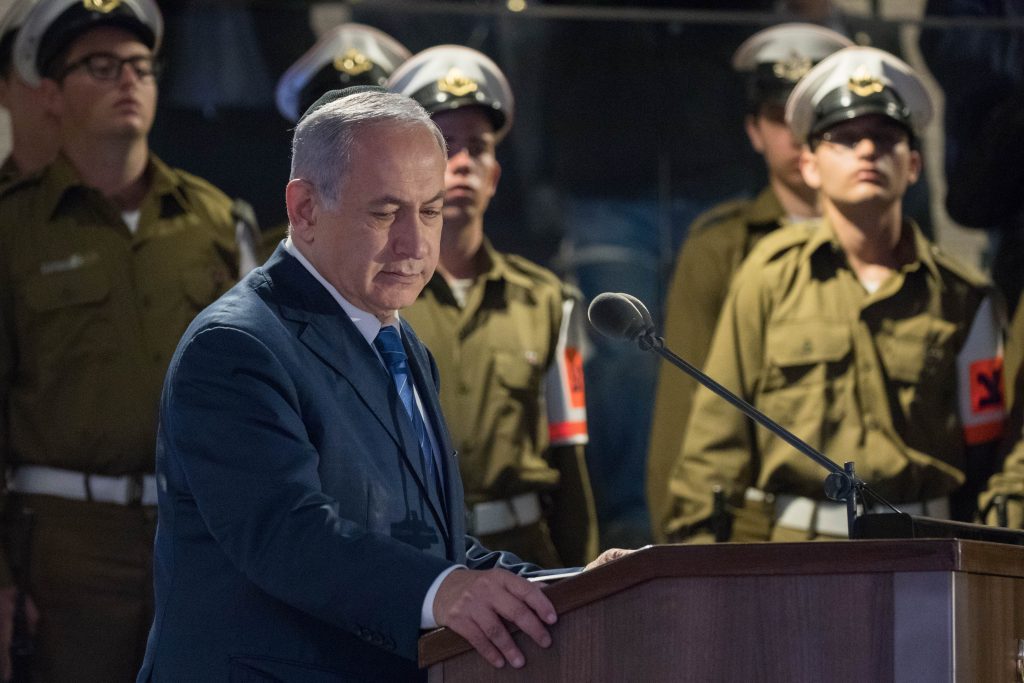 Leah and Simcha Goldin, the parents of Hadar Goldin, Hy”d, whose body is held by Hamas in Gaza, accused Israeli Prime Minister Binyamin Netanyahu of knowing their son’s whereabouts but refusing to demand that Hamas return him, Arutz Sheva reported on Thursday.

They alleged said that Netanyahu “knows very well where Hadar is and who holds him.”

“You simply do not demand the return of Hadar and Oron [Shaul, Hy”d], and for 4.5 years you have refrained from setting conditions for Hamas,” they accused the prime minister.

Their comments came shortly after Netanyahu and President Reuven Rivlin spoke at an annual memorial ceremony for fallen IDF soldiers whose burial place is unknown, at Mount Herzl in the capital.

“I and all the citizens of Israel stand by you in deep solidarity, your pain, our pain, your sorrow, our grief, and I know it is a double sorrow,” Netanyahu said, “because the cry is accompanied by the cry – where are those dear ones?”
“Every new grave carved on this mountain or in any other military cemetery means a family whose world has been destroyed, each new grave being a wound in the heart of the people,” he added.
Rivlin said: “At the heart of our being here today there is one absolute truth. The obligation of the State of Israel and those who lead it to do everything possible for our soldiers who did not return from battle. This is a moral obligation of the highest order.”

Since the War of Independence in 1948, over 400 soldiers have been declared missing in action.