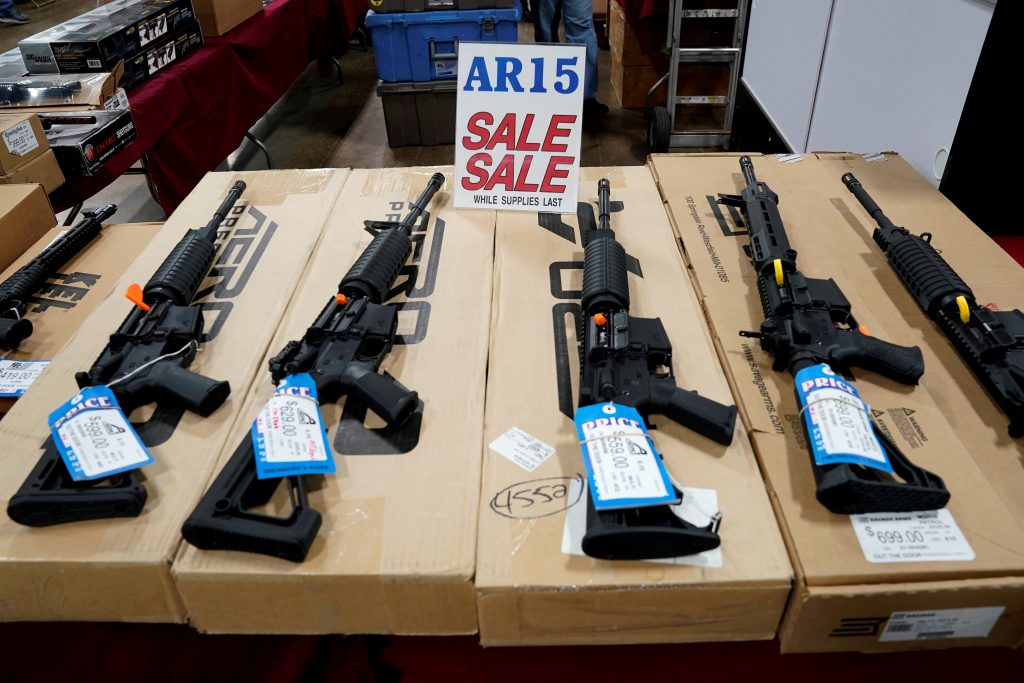 The Connecticut Supreme Court Thursday narrowly reversed a ruling by a lower-court judge dismissing a lawsuit by the families of victims of the Sandy Hook shooting against gun manufacturer Remington, allowing the case to proceed.

By a 4–3 decision, the court has remanded the landmark gun case back to Bridgeport Superior Court and possibly created a path that other mass shooting victims can follow to get around the federal Protection of Lawful Commerce in Arms Act, known as PLCAA, which has protected the manufacturers of the AR-15 from lawsuits.

The court ruled that the Sandy Hook families should have the opportunity to prove that Remington violated the Connecticut Unfair Trade Practices Act (CUTPA) by marketing what it knew was a weapon designed for military use to civilians such as Nancy and Adam Lanza.

“We further conclude that PLCAA does not bar the plaintiffs from proceeding on the single, limited theory that the defendants violated CUTPA by marketing the XM15- E2S to civilians for criminal purposes, and that those wrongful marketing tactics caused or contributed to the Sandy Hook massacre,” Palmer wrote. “Accordingly, we affirm in part and reverse in part the judgment of the trial court and remand the case for further proceedings.”

“Following a scrupulous review of the text and legislative history of [the Protection of Lawful Commerce in Arms Act] we also conclude that Congress has not clearly manifested an intent to extinguish the traditional authority of our legislature and our courts to protect the people of Connecticut from the pernicious practices alleged in the present case. The regulation of advertising that threatens the public’s health, safety, and morals has long been considered a core exercise of the states’ police powers.” Justice Richard Palmer wrote.

“Accordingly, on the basis of that limited theory, we conclude that the plaintiffs have pleaded allegations sufficient to survive a motion to strike and are entitled to have the opportunity to prove their wrongful marketing allegations,’ Palmer wrote.

A Superior Court judge in Bridgeport dismissed the lawsuit in 2016 agreeing with attorneys for Remington that the lawsuit “falls squarely within the broad immunity” provided to gun manufacturers and dealers by the arms act. The lawsuit originally filed in 2015 by nine families of victims, as well as a teacher who was injured in the shooting, also named Camfour Holding LLP, the gun’s distributor, and Riverview Gun Sales Inc., the East Windsor gun shop where Nancy Lanza purchased the AR-15 right around her son’s 18th birthday.

Legal experts said the case will come down to how the state Supreme Court will interpret two possible exceptions allowed under the arms act — whether Remington can be held liable for so-called “negligent entrustment” or whether it violated the Connecticut Unfair Trade Practices Act. Negligent entrustment is defined as “supplying of a qualified product by a seller for use by another person when the seller knows, or reasonably should know, the person to whom the product is supplied is likely to, and does, use the product in a manner involving unreasonable risk of physical injury to the person or others.”

When the lawsuit reached the Connecticut Supreme Court, gun control advocates, school officials and emergency doctors who treated victims of assault rifle fire submitted amicus briefs in favor of the lawsuit. Gun-rights organizations also weighed in, including the National Rifle Association, which argued that the case stood to “eviscerate” the gun companies’ legal protections.

The families’ lawyer, Josh Koskoff, appealed the lower court’s dismissal seeking to have the high court return the case to Superior Court in Bridgeport so “the discovery phase of this case can begin and we can start uncovering documents on how this military weapon ended up in civilian hands.”

There were five justices seated for the Supreme Court hearing, which took place in November 2017. Two justices, then-newly appointed Maria Araujo Kahn and Richard A. Robinson, weren’t present for the hearing but will be involved in the court’s decision. State Supreme Court hearings normally last an hour, but justices had so many questions for Koskoff that Justice Richard Palmer extended the hearing to allow equal time for Remington’s attorney James B. Vogts and for a rebuttal by Koskoff.

Vogts and attorney Christopher Renzulli, who represents Camfour, stuck to the argument that they have used since the lawsuit was filed — PLCAA protects them from this type of lawsuit. Vogts argued the law is clear — the manufacturer of the gun used at Sandy Hook is not liable for the damage “the criminal” caused.

“There is no need for a legal re-examination of the law,” Vogts said. “Under the law, the manufacturer of the gun used by the criminal that day isn’t responsible legally for his actions.”