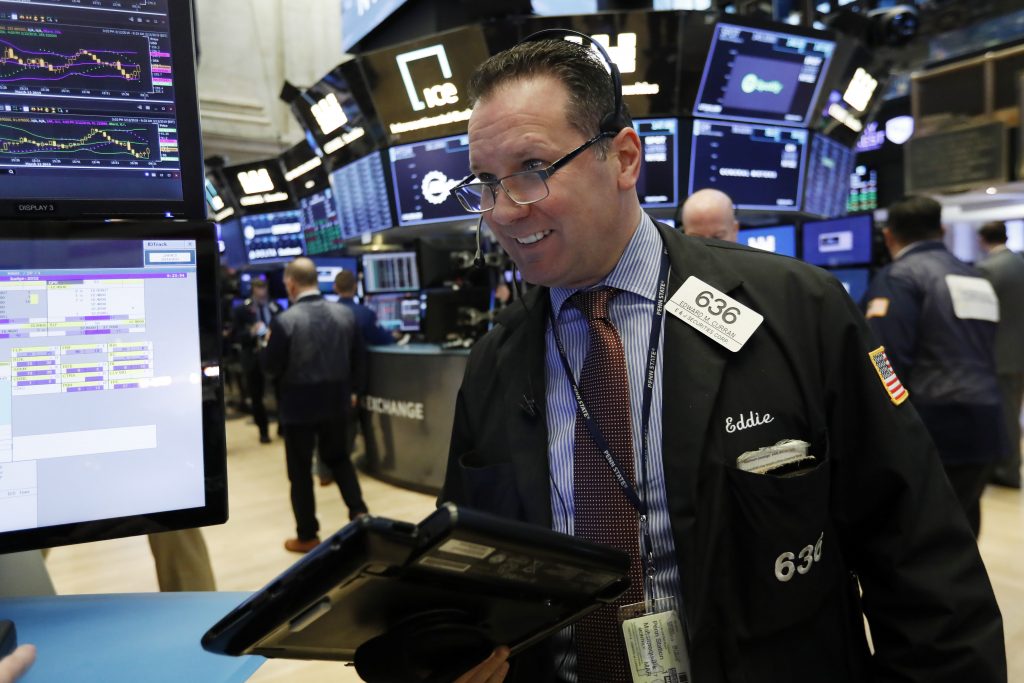 The broader market has been rebounding this week following its worst week since December. The Dow Jones Industrial Average joined other indexes in moving higher after it was weighed down for several days by drops in Boeing.

Several government reports gave investors an upbeat view of the economy. U.S. wholesale prices barely increased last month after falling for three straight months, a sign there is little inflation pressure in the economy. A report on orders to U.S. factories showed that business investment rose 0.8 percent after two months of declines, marking the biggest gain since a 1.5 percent July bump.

Investors are still waiting for details on a potential trade deal between the U.S. and China, and the British Parliament is set to vote on whether the country should crash out of the European Union on March 29 without a deal.

EXECUTIVE PURGE: Rite Aid rose 5.1 percent after the drugstore chain announced a purge of its top management and plans to cut 400 full-time jobs.

CEO John Stanley will step down when the company finds a replacement. Chief Financial Officer Darren Kast and Chief Operating Officer Kermit Crawford are also among the executives leaving the company.

Peltz is the CEO and a founding partner of Trian Fund Management. Aurora said he will help the company explore potential partnerships and advise its global expansion plans.

BRANCHING OUT: Oaktree Capital Group surged 12.3 percent on news that Brookfield Asset Management is buying 62 percent of the company. The deal creates a combined company with $475 billion assets and $2.5 billion in annual fee-related revenue, the companies said.

The deal includes options that could have Brookfield owning all of Oaktree by 2029.

IN THE BAG: Vera Bradley surged 17.7 percent after beating Wall Street forecasts for the fourth quarter and giving analysts a surprisingly good outlook for the year.

The maker of luggage and handbags reported lower sales during the quarter, but the results still topped forecasts. Both revenue and profit forecasts for the current fiscal push beyond Wall Street expectations.