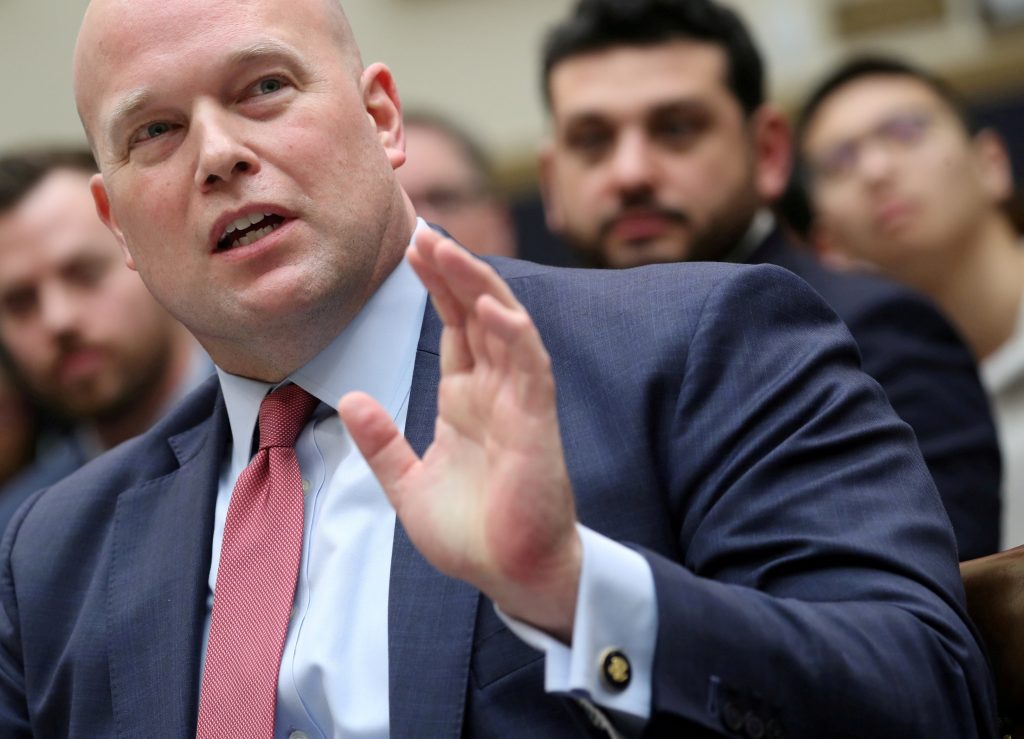 U.S. lawmakers on the House Judiciary Committee emerged from a closed-door meeting with former acting Attorney General Matthew Whitaker on Wednesday with conflicting accounts of their conversation with the controversial Trump ally.

Whitaker was called to Capitol Hill to clarify his testimony at a combative Feb. 8 committee hearing, during which he denied speaking with President Donald Trump about a federal case involving Trump’s former attorney Michael Cohen.

House Judiciary Committee Chairman Jerrold Nadler, who met for two hours with Whitaker and the panel’s top Republican, Representative Doug Collins, said Whitaker no longer denied speaking to Trump about Cohen or about the U.S. Attorney’s Office in the Southern District of New York.

“Unlike in the hearing room, Mr. Whitaker did not deny that the president called him to discuss the Michael Cohen case and personnel decisions in the Southern District,” the New York Democrat told reporters.

Nadler also said Whitaker told the lawmakers that he was involved in conversations about U.S. Attorney Geoffrey Berman’s recusal from the Cohen investigation in the Southern District of New York and about whether its campaign finance case involving hush money payments with Trump had gone too far.

Nadler’s committee is seeking evidence that Trump may have urged Whitaker to put the investigations under the supervision of Berman, a Trump donor and former law partner of Trump lawyer Rudy Giuliani who is recused.

But Collins, a Georgia Republican, contradicted much of Nadler’s account.

“He (Whitaker) said that he had not talked with the president about Mr. Cohen at all,” Collins told reporters.

Collins described Whitaker’s conversations about Berman and the campaign finance case as questions for his personal staff. “(Whitaker) had no conversations with the Southern District of New York,” he said.

Collins also dismissed a Nadler statement that Whitaker was involved in conversations about firing one or more U.S. attorneys as “normal personnel issues.”

Democrats warned that he could interfere with U.S. Special Counsel Robert Mueller’s investigation into Russian meddling in the 2016 presidential election and possible collusion with the Trump campaign. In his February testimony, Whitaker denied interfering in the Mueller probe.