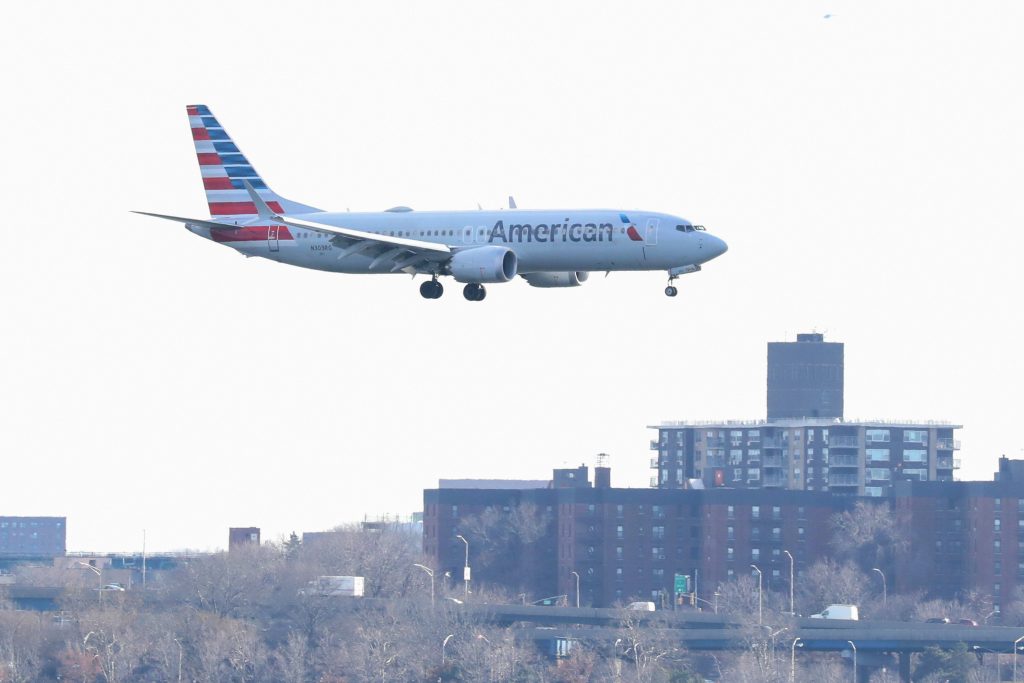 The United States on Wednesday grounded Boeing Co’s 737 MAX jets, citing new satellite data and evidence from the scene of Sunday’s crash of an Ethiopian Airlines plane that killed 157 people, the second disaster involving the 737 in less than five months.

It was the second time the U.S. Federal Aviation Administration has halted flights of a Boeing plane in six years. It had grounded the 787 Dreamliner in 2013 because of problems with smoking batteries.

Shares of the world’s biggest plane maker, which were up earlier in the session, fell 2 percent to $370.48. The shares have fallen about 13 percent since Sunday’s crash, losing about $32 billion of market value.

Shares of Southwest Airlines Co, which has the largest fleet of 737 MAX aircraft, fell 0.4 percent.

“The agency made this decision as a result of the data gathering process and new evidence collected at the site and analyzed today,” the FAA said in a statement, shortly after U.S. President Donald Trump announced the planes would be grounded.

“This evidence, together with newly refined satellite data available to FAA this morning, led to this decision.”

The grounding will remain in effect as the FAA investigates.

Boeing, which maintained that its planes were safe to fly, said it supported the move to temporarily ground 737 MAX flights.

The United States joins Europe, China and other countries in grounding Boeing’s newest plane since the Ethiopian Airlines flight crashed soon after taking off from Addis Ababa.

The still unexplained crash followed another involving a Boeing 737 MAX in Indonesia five months ago that killed 189 people. Although there is no proof of any link, the twin disasters have spooked passengers.

The grounding was welcomed by air workers in the United States.

“He (Trump) did the right thing by grounding this fleet, both for air travelers and aviation workers,” John Samuelsen, international president of the Transport Workers Union of America, which represents aviation workers and flight attendants, told Reuters shortly after the announcement.

“Our members are excited, and are no longer concerned about stepping into a workplace which could lead to the end of their lives, potentially.”

Aireon’s space-based system can monitor data from aircraft equipped with Automatic Dependent Surveillance-Broadcast (ADS-B) transponders. The data is considered less detailed than that in black boxes, which look at systems running inside the plane.

Earlier on Wednesday, Germany’s federal agency responsible for investigating air accidents said it would not analyze the black box from the Ethiopian Airlines plane, casting uncertainty over the process of finding out what may have caused the disaster. The U.S. FAA said the black boxes were headed to France later on Wednesday.

Ethiopian Airlines spokesman Asrat Begashaw said it was still unclear what happened on Sunday, but its pilot had reported control issues as opposed to external factors such as birds.