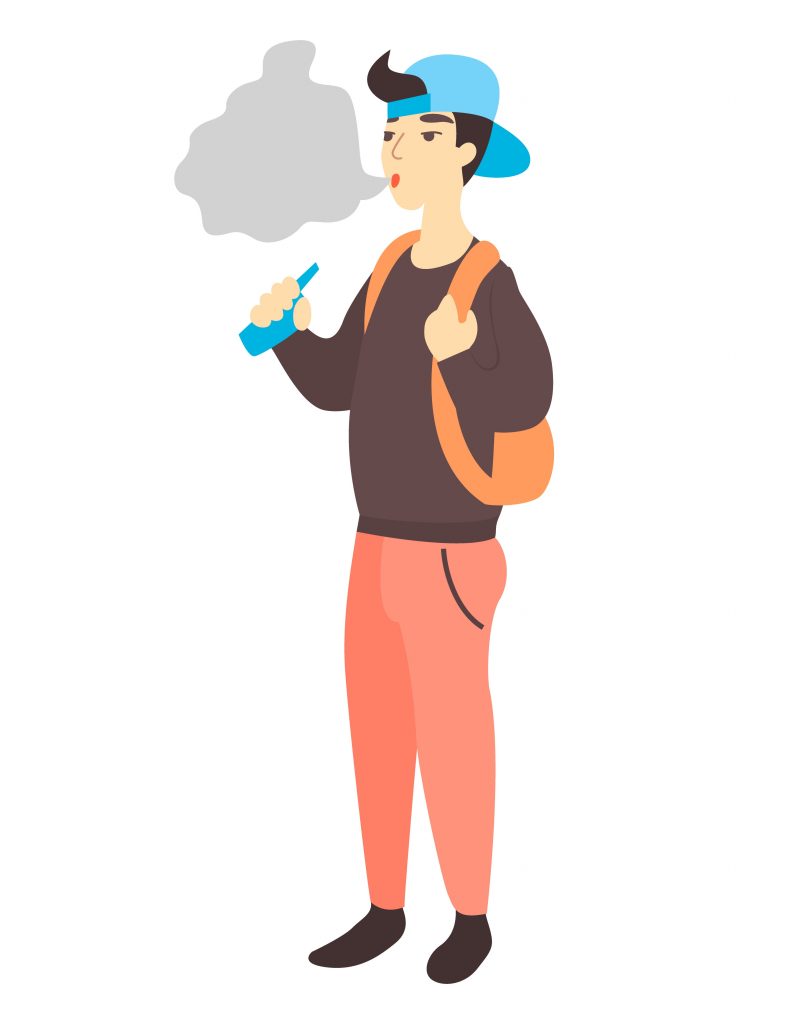 U.S. health regulators are moving ahead with a plan designed to keep e-cigarettes out of the hands of teenagers by restricting sales of most flavored products in convenience stores and online.

The new guidelines, first proposed in November, are the latest government effort to reverse what health officials call an epidemic of underage vaping.

E-cigarettes typically heat a flavored nicotine solution into an inhalable vapor. Federal law bans their sale to those under 18, but 1 in 5 high school students report using e-cigarettes, according to the latest survey published last year.

Under proposed guidelines released Wednesday by the Food and Drug Administration, e-cigarette makers would restrict sales of most flavored products to stores that verify the age of customers entering the store or include a separate, age-restricted area for vaping products. Companies would also be expected to use third-party, identity-verification technology for online sales.

Companies that don’t follow the requirements risk having their products pulled from the market, the FDA said.

“The onus is now on the companies and the vaping industry to work with us to try and bring down these levels of youth use, which are simply intolerable,” FDA Commissioner Scott Gottlieb said in an interview. The restrictions won’t apply to three flavors that the FDA says appeal more to adults than teenagers: tobacco, menthol and mint.

The rise in teen vaping has been driven mainly by new cartridge-based products like Juul, a heavily-marketed brand that has become a scourge in U.S. high schools. The rechargeable, odorless device can be used discreetly in bathrooms, hallways and even classrooms.

The Silicon Valley-based company voluntarily tightened retail sales of its fruit and candy-flavored pods last year, ahead of the FDA announcement.

Anti-smoking activists have questioned whether the new FDA restrictions will be enough to stop the teen vaping surge. The FDA has little authority over how stores display and sell vaping products. Instead, critics say the agency is essentially telling companies to self-police.

“FDA continues to nibble around the edges and that will not end the epidemic,” said Erika Sward, of the American Lung Association, which has called on the FDA to remove all flavored e-cigarettes from the market.

Health experts say nicotine is harmful to developing brains, and some researchers worry that addicted teens will eventually switch from vaping to smoking.

Under regulations developed by the Obama administration, manufacturers were supposed to submit e-cigarettes for safety and health review by August 2018. But Gottlieb delayed the deadline until 2022, saying both the agency and industry needed more time to prepare. Under the FDA’s update, the deadline will move to 2021.

Still, the American Lung Association and several other anti-smoking groups are suing the FDA to begin reviewing the safety and health effects of e-cigarettes immediately.

The new guidelines are expected to heavily impact gas stations and convenience stores, which have lobbied against the plan since it was floated last November.

“They are picking winners and losers in the marketplace while handing a government monopoly to other channels of trade,” the National Association of Convenience Stores said in a message to members.

The restrictions are expected to have less impact on vape specialty shops, because many already require an ID to enter.

The FDA will accept comments on the guidelines for 30 days before finalizing them later this year.

Wednesday’s announcement comes a week after Gottlieb revealed he would leave the FDA. His planned departure next month has raised questions about the future of several ambitious anti-tobacco initiatives that have barely progressed beyond the earliest stages. Those plans include banning menthol cigarette flavoring and cutting nicotine levels in all cigarettes to make them less addictive.

“There has never been a federal official who made bolder proposals to reduce tobacco use — the question was always going to be would he stick it out to get them done?” said Matthew Myers, president of the Campaign for Tobacco-Free Kids.

Gottlieb said the Trump administration is “extremely supportive” of the new restrictions on e-cigarettes.

He also said he was meeting with executives from Juul and its partner, cigarette maker Altria, on Wednesday. The meeting follows letters Gottlieb sent questioning the companies’ commitment to helping stop underage vaping.