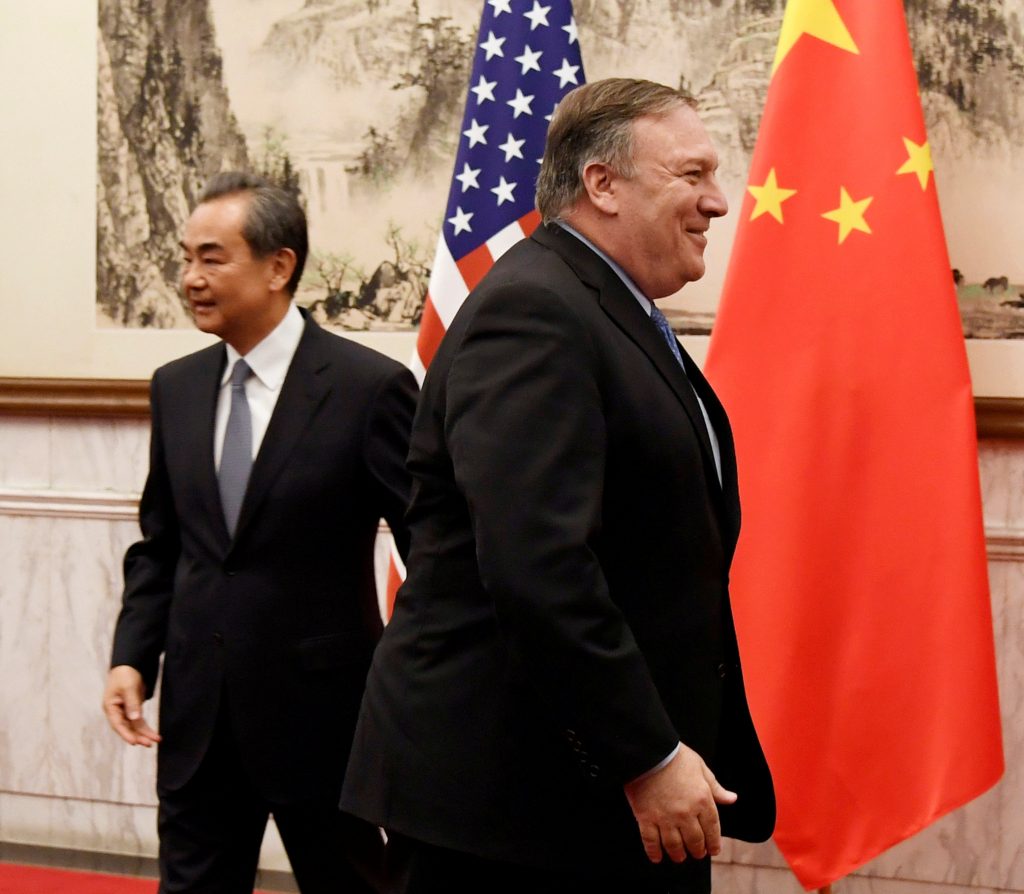 Secretary of State Michael Pompeo said China was in a “league of its own” as a human-rights violator over a campaign that’s put hundreds of thousands of Uighurs and other Muslims in reeducation camps, an unusually blunt U.S. critique of the country’s abuses.

Presenting the State Department’s annual report on global human rights practices, Pompeo said on Wednesday that China had interred more than 1 million Uighurs, ethnic Kazakhs and other Muslims in camps “designed to erase their religious and ethnic identities.”

Ambassador Michael Kozak, a senior official with the department’s Bureau of Democracy, Human Rights, and Labor, was even more frank about China’s practices in a question-and-answer session with reporters after Pompeo’s remarks.

“We haven’t seen things like this since the 1930s, rounding up — some estimations are in the millions — of people and putting them into camps and torturing them,” Kozak said. “It’s just remarkably awful.”

At the same time, Pompeo said in the preface to the report that the U.S. will engage with other countries regardless of their human-rights record if it serves American interests.

The U.S. is locked in negotiations with China to resolve disputes over trade and intellectual property rights, while President Donald Trump has frequently offered praise of Chinese President Xi Jinping and the relationship they’ve developed.

“The policy of this administration is to engage with other governments, regardless of their record, if doing so will further U.S. interests,” Pompeo said in the preface.

U.S. administrations have struggled for generations to balance U.S. values against achieving foreign-policy interests, frequently setting aside vows to uphold human rights in order to achieve higher-priority goals. Rarely has that reality been laid out in such stark terms — particularly in the opening pages of a report meant to underscore the U.S. commitment to those freedoms.

For the Trump administration, maintaining the balance between values and interests has been especially difficult in the case of Saudi Arabia, a longtime U.S. ally whose officials have been implicated in the murder of columnist Jamal Khashoggi and blamed for widespread human rights abuses in the war in neighboring Yemen.

While Trump administration officials, including Pompeo, have said they will hold responsible anyone behind Khashoggi’s killing at the Saudi consulate in Istanbul, they’ve also said the importance of the U.S. alliance with Riyadh outweighs an outright break with the kingdom. They’ve declined to say publicly whether they think Crown Prince Mohammed bin Salman knew about or ordered the killing, a possibility U.S. intelligence agencies consider likely. “Maybe he did, maybe he didn’t,” Trump has said.

In the report released Wednesday, the State Department acknowledged that Saudi government agents carried out Khashoggi’s killing. Yet while prosecutors have announced some indictments in the case, Saudi Arabia hasn’t “provided a detailed explanation of the direction and progress of the investigation,” the report said.

“In other cases the government did not punish officials accused of committing human rights abuses, contributing to an environment of impunity,” according to the report.

The Trump administration has largely focused its human rights complaints on adversaries such as Iran and Venezuela.

On Iran, Pompeo said that the country is continuing “the pattern of cruelty that the regime has inflicted on the Iranian people for the last four decades.”