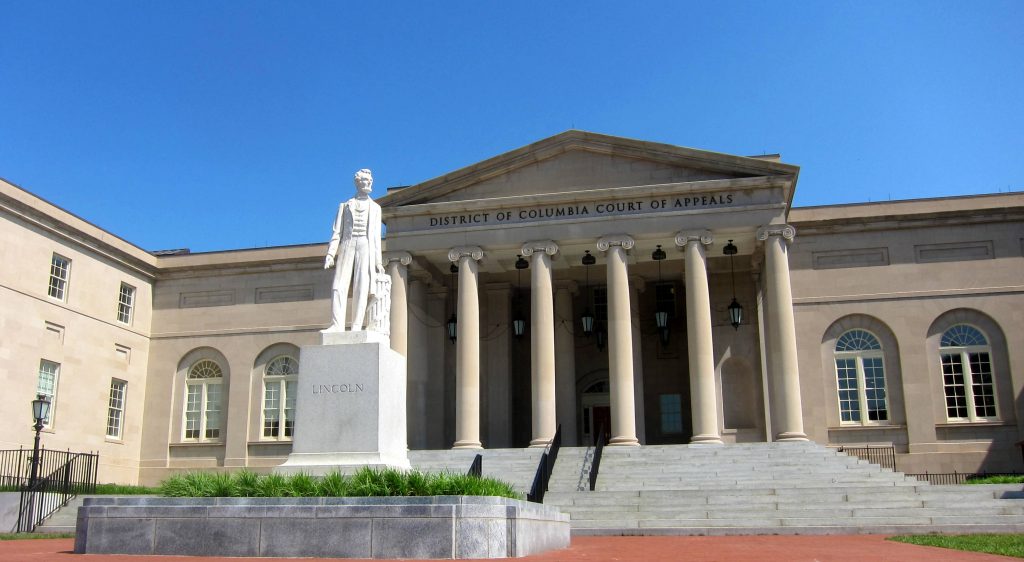 Senate Republicans on Wednesday confirmed the 36th circuit court judge under President Donald Trump — a rapid clip of confirmations that may slow in the coming months simply because the GOP will have filled all the existing vacancies on the powerful federal appeals courts.

The confirmation of Neomi Rao to the U.S. Court of Appeals for the District of Columbia on a 53-46 vote, as well as Paul Matey earlier this week to the Philadelphia-based Third Circuit, now means one out of every five appeals court judges will have been nominated by Trump.

Now, just nine vacancies remain in the circuit courts, which handles the vast majority of cases that never reach the Supreme Court, and Trump has nominated candidates for six of them. Senate Majority Leader Mitch McConnell, R-Ky., could muscle through confirmations by midyear, leaving few openings if a Democrat wins the White House in 2020.

“This nominee is yet another of the president’s excellent choices to serve as a federal judge,” McConnell said of Rao on Wednesday. He said during her confirmation hearing, she “demonstrated a commitment to maintaining the public trust and upholding the rule of law.”

While more seats could open up as judges retire, some tapped by Democratic presidents may choose not to do so as long as Trump remains in office and can nominate conservatives as their successors.

The scenario is a dramatic turnaround from the situation that Trump inherited in January 2017, when he came into office with 17 circuit court vacancies as well as an open Supreme Court seat that McConnell kept vacant for more than a year.

In the two years since, McConnell, the Senate Judiciary Committee and the White House have worked expeditiously to fill those vacancies. But that has come over the loud protests of Democrats who say they are increasingly cut out of the traditional consultation process between any White House and senators representing the state with the court vacancy.

Matey, a former deputy chief counsel to ex-Gov. Chris Christie who was confirmed 54-45 earlier this week, advanced in the Senate despite objections from both of his home-state senators, Democratic Sens. Robert Menendez and Cory Booker of New Jersey. They said the White House did not consult with them on the nominee and they declined to return Matey’s “blue slip,” which for decades has served as a permission slip of sorts for a judicial nominee to proceed.

Infuriated over being out of the process, some Democratic senators are vowing payback if they take back control of the Senate next year by not automatically deferring to Republican home-state senators on judicial candidates.

“I say, you can’t put Humpty Dumpty back together again,” said Sen. Mazie Hirono, D-Hawaii, a vocal critic of Trump’s judicial nominees. Of the thought that Democrats would impose limits that Republicans “have absolutely no intention” of imposing on themselves, “I think that train has left the station.”

Now, a majority of the judges appointed to the Third Circuit will have been nominated by Republican presidents. There is one current vacancy on the Philadelphia-based court that Trump has yet to pick a nominee for.

Rao, confirmed to replace now-Justice Brett Kavanaugh on the District of Columbia court, ran into some confirmation struggles of her own, but among Republicans.

Yet her supporters — chief among them Justice Clarence Thomas, whom Rao clerked for — have praised Rao’s legal acumen and track record at the influential Office of Information and Regulatory Affairs, where she has quietly led the administration’s efforts to significantly scale back federal regulations.

Thomas had also spoken privately to GOP senators including Hawley and Sen. Tim Scott, R-S.C., to boost Rao and to assure Republicans of her conservative legal philosophy.

There is little that McConnell prioritizes more in the Senate than confirming judges. In the first two years of Trump’s presidency, the GOP-led Senate successfully installed two justices to the Supreme Court, as well as 30 circuit court judges and 53 judges to the lower-level district courts.

So far this year, the Senate has confirmed a half-dozen circuit court judges. And of the six remaining circuit judges who have been nominated by Trump, three have cleared the Senate Judiciary Committee and are awaiting a confirmation vote in the full Senate. The panel also held hearings for two nominees to the Ninth Circuit Court of Appeals earlier Wednesday — Daniel Collins and Kenneth Lee.

Senate Republicans now plan to quickly pivot to filling the 129 vacancies in the lower-level district courts. Those battles have generally drawn less controversies than confirmation fights at the appellate level, but the GOP-led Senate is readying unilateral action to change the chamber’s rules to dramatically speed up the pace of district judges and other non-Cabinet level Trump nominees.

The planned change, which the GOP conference has been preparing for since a party retreat in January, would limit debate on hundreds of Trump’s nominees to just two hours once senators invoke cloture — a vote that officially cuts off unlimited debate on a nomination. Currently, the debate can last as long as 30 hours on the Senate floor, and Democrats dragging out that time has increasingly irritated Senate Republicans and an administration that has still seen large swaths of its jobs go unfilled.

In a private party lunch on Tuesday, McConnell told GOP senators that he has locked down the 51 Republican votes necessary to muscle through the rules change without any support from Democrats, according to an official with knowledge of the majority leader’s announcement.

“I have said that when we change the rules around here, what we really need to work to do is to ensure that we do that within our own rules, and I still believe very strongly about that,” Sen. Lisa Murkowski, R-Alaska, said. “I’m also very frustrated with what we have seen with just how these how our own rules have been used to really thwart the effort for this administration to get their people into place.”