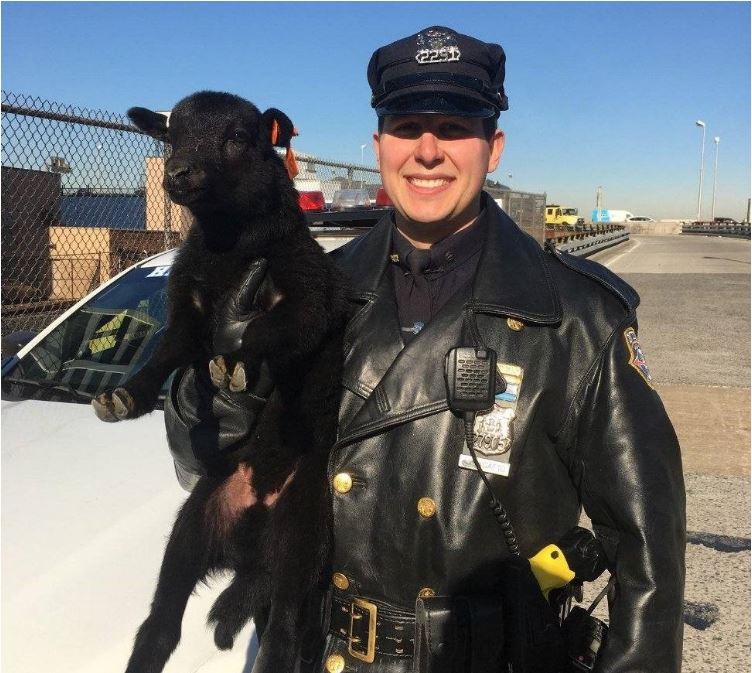 A wayward lamb running around a New York City bridge briefly held up traffic before its rescue.

The animal was first seen trotting eastbound along the shoulder of Gowanus Expressway around 9:30 a.m. Wednesday. New York City Police Officer Dominick Gatto says he was on-duty when a motorist informed him about the lamb on the lam.

Gatto and other police officers chased down and caught the animal, taking it to the Animal Care Center in Staten Island.

Officials say the lamb will be transported to Skylands Animal Sanctuary and Rescue in New Jersey — the same sanctuary that took in a cow that escaped a New York City slaughterhouse last year.