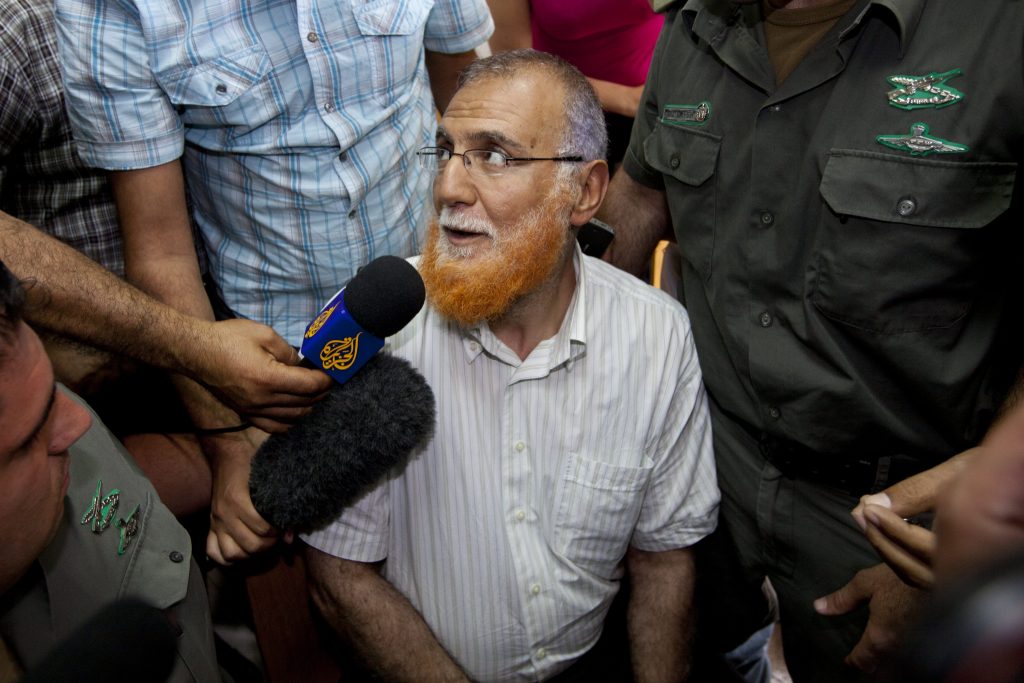 IDF troops overnight Tuesday arrested Muhammad Abu-Tir, a member of the Palestinian Authority parliament and a member of Hamas. Abu-Tir has been arrested and jailed 12 times in the past. The IDF said in a statement that Abu-Tir is “part of an ongoing investigation on terror activities.” He was first arrested in 2010, after the kidnapping of IDF soldier Gilad Shalit, and in 2016 was arrested in his home in an Arab neighborhood of Yerushalayim.

Upon his release, he moved to a village near Ramallah, in Palestinian Authority-controlled areas, but he has nevertheless been arrested there several times, including Tuesday night. The Shin Bet has followed Abu-Tir’s activities over the years, and he is suspected of being part of the Hamas cadre that is seeking to remove PA chief Mahmoud Abbas and replace him with a Hamas appointee. Abu-Tir, well-known for his henna-colored beard, was elected to the PA parliament on the Hamas list in 2006.

Soldiers, working with police, overnight Tuesday discovered and seized weapons in the Arab village of Tzurif in western Shomron, along with terror funds. Among the weapons were M-16 rifles. In a statement, the army said that such weapons were used in terror attacks as well as for criminal activity, and that security forces were determined to seize all weapons that were being held illegally by all people, in order to better protect all Israelis and residents of Palestinian Authority-controlled areas, who are also under threat by terrorists and criminals.

Overnight Tuesday, IDF troops arrested 29 wanted security suspects in Yehudah and Shomron. The suspects were wanted for their involvement in rioting incidents, and for throwing rocks and firebombs at Israeli civilians and IDF soldiers. Several were also active in Hamas. All were being questioned by security officials, the IDF said.