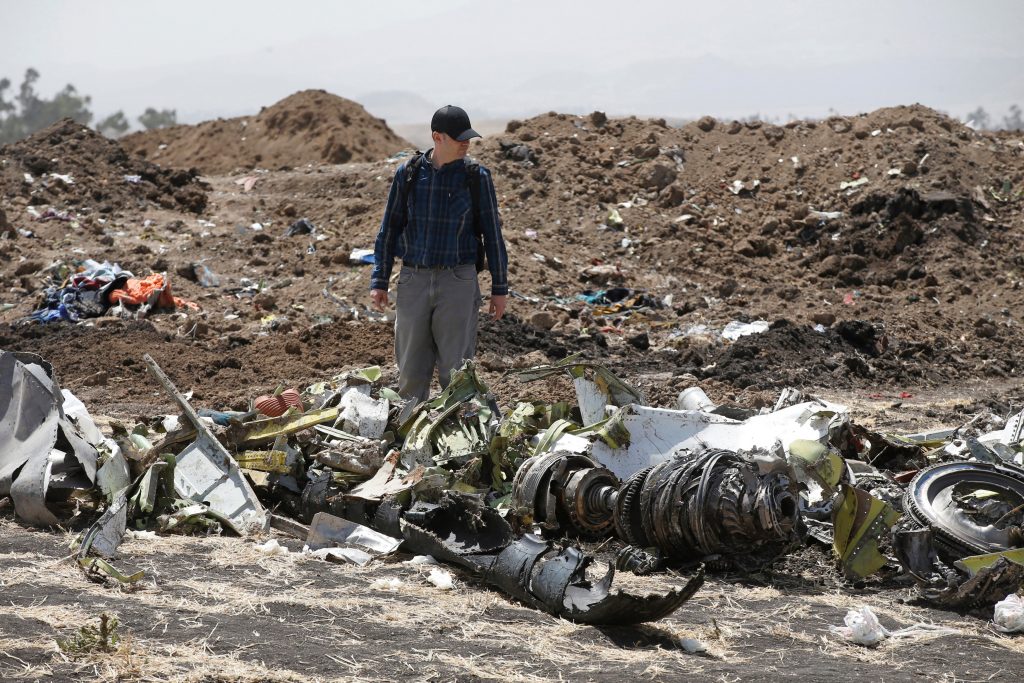 In the days since an Ethiopian Airlines plane crashed after taking off for Nairobi and killed all 157 people aboard, there have been many questions but not a lot of answers.

That absence of information — fear of the unknown — has led dozens of countries to ground the Boeing 737 Max 8, the plane involved in Sunday’s crash and another one five months earlier that killed 189 people in Indonesia.

The U.S. Federal Aviation Administration has been largely isolated. It continues to back the plane’s airworthiness, saying Tuesday that it is reviewing all available data. U.S.-based Boeing maintains it has no reason to pull the hot-selling jet from the skies.

Here are some questions that people have about the plane, and what we know so far:

Q. WHO HAS GROUNDED THE PLANES?

A. More than 40 countries including the entire European Union have suspended flights by the plane. China ordered its airlines to ground the planes — they had 96 Max 8 jets in service, more than one-fourth of the approximately 370 Max jets in circulation.

The European Aviation Safety Agency said that “at this early stage” of the most recent investigation, “it cannot be excluded that similar causes may have contributed to both events.”

Q. WHY IS THE FAA HOLDING OUT?

A. The FAA prides itself on acting based on facts and is cautioning against comparing the two crashes or assuming that they are related.

“External reports are drawing similarities” between the crashes, the agency said in a statement. “However, this investigation has just begun and to date we have not been provided data to draw any conclusions or take any actions.”

The agency has been criticized for its inaction. Rep. Peter DeFazio, D-Ore., the chairman of the House Transportation and Infrastructure Committee, said that he is concerned that international aviation regulators are providing more certainty to the flying public than the FAA. Critics have also said the FAA is too cozy with the industry that it is supposed to regulate.

Q. WHAT IS BOEING DOING IN RESPONSE TO THE CRASHES?

A. While defending the Max as safe, the company promises to upgrade some flight-control software “in the coming weeks.”

Boeing began working on the changes shortly after the Lion Air crash. It is tweaking a system designed to prevent an aerodynamic stall if sensors detect that the plane’s nose is pointed too high and its speed is too slow.

Officials at Lion Air in Indonesia said sensors on their plane produced erroneous information on its last four flights, triggering an automatic nose-down command which the pilots were unable to overcome. The plane plunged into the sea.

A Boeing spokesman said once updated software is installed, the system will rely on data from more than one sensor to trigger a nose-down command. Also, the system won’t repeatedly push the nose down, and it will reduce the magnitude of the change, he said. There will also be more training for pilots.

A. Patrick Smith, a Boeing 767 pilot who writes a column called “Ask the Pilot,” says passengers ask him if the 737 Max is safe. He tells them it is, and he hasn’t heard of any pilots who worry about flying the plane.

“We have two accidents, we somewhat understand one, and we don’t know what happened in the second case at all,” Smith says. “It’s just too early to be jumping to the conclusion of the plane being defective to the point that it’s unsafe.”

Others don’t want to take any chances. The Association of Professional Flight Attendants, which represents more than 26,000 flight attendants at American Airlines, called on CEO Doug Parker to “strongly consider grounding these planes until an investigation can be performed.”

Michael Thebeau of Houston said he wouldn’t feel good boarding a 737 Max, but it wouldn’t change his decision if he had to fly.

“I will feel better after they finish the investigation, there’s a report, and they fix it,” he said recently while waiting for a Southwest flight — on a 737, but not a Max — at Houston’s Hobby Airport.

Q. WHAT IF I WANT TO SWITCH MY FLIGHT IF I’M ON A MAX?

A. You can do it, but the ease — and possible cost — will differ by airline. In the U.S., Southwest and American fly Max 8s, and United flies larger Max 9s.

To find out whether you’re booked on a 737 Max, you can check out sites that include the aircraft type.