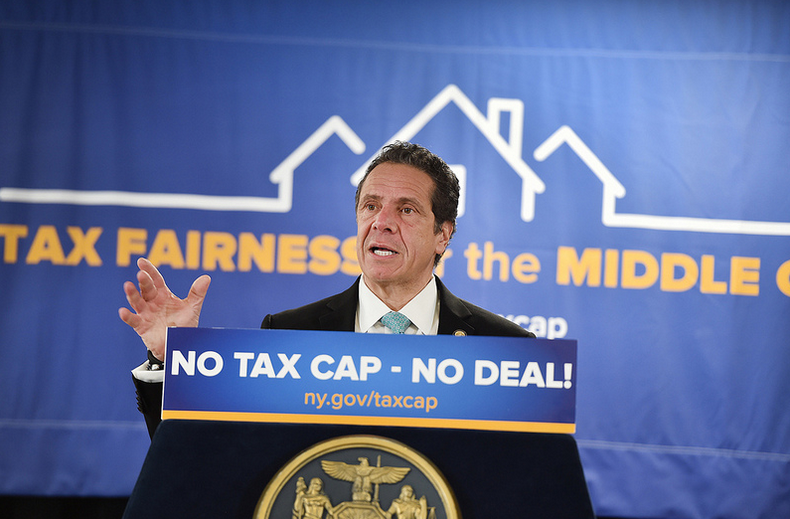 Gov. Andrew Cuomo is doubling down on his vow to refuse to sign the next New York state budget if it doesn’t make the 2 percent property tax permanent.

The Democrat told an audience at a Long Island community center on Wednesday that there’s no way he’ll sign off on a new spending plan that doesn’t include a provision making the tax cap permanent.

A permanent tax cap is part of Cuomo’s approximately $175 billion budget proposal. It’s also included in the budget resolutions being voted on Wednesday in the Democrat-controlled Senate. But the Assembly, also controlled by Democrats, hasn’t included the tax cap in its one-house budget bills.

Cuomo says the 2 percent tax cap has saved New York property owners $25 billion since it was implemented in 2012.