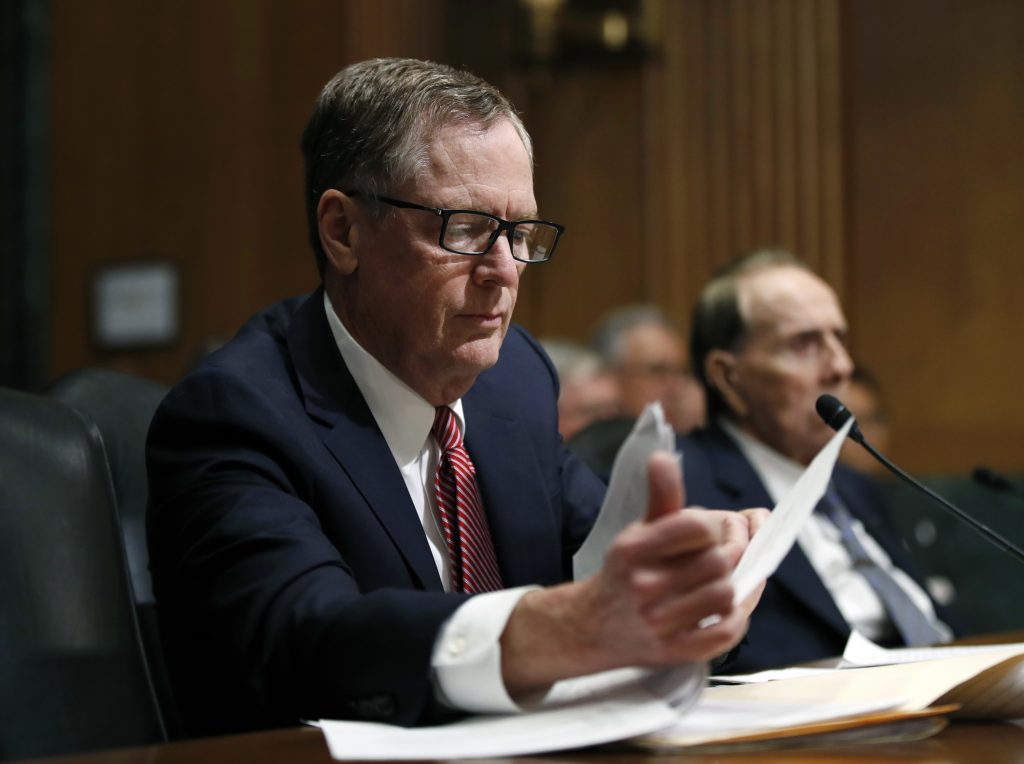 The top U.S. trade negotiator suggests that the U.S. and China are nearing an agreement that would end their trade conflict but wouldn’t commit to a specific time frame.

“Our hope is that we are in the final weeks of having an agreement,” U.S. Trade Representative Robert Lighthizer told the Senate Finance Committee Tuesday.

But there are still major issues that need to be resolved, he said. “I can’t predict success at this point.”

Lighthizer also said the agreement would have to include an enforcement provision that would enable the U.S. to restore tariffs on Chinese imports if it violated provisions of the pact. That is seen as a major sticking point for Chinese officials.

“We are going to have an enforceable agreement, or the president won’t agree to the agreement,” Lighthizer said.

There have been conflicting signals from the administration about progress in the negotiations. President Trump said Friday he was confident the U.S. could reach a deal with China, which would presumably remove all or most of the tariffs on $250 billion of Chinese imports that the Trump administration imposed last year. China retaliated by slapping duties on about $110 billion of U.S. goods.

But Trump also said Friday, “If this isn’t a great deal, I won’t make a deal.”

Sen. Robert Portman, Republican from Ohio, asked Lighthizer if a deal would be reached by the end of this month. Chinese president Xi Jingping is scheduled to travel to Europe at that time and officials have hinted that he could tack on a trip to Trump’s Florida resort, Mar-a-Lago, to sign a pact by the end of March.

Lighthizer said, “I don’t know when it is going to happen.” The timetable is up to President Trump, he added, and China.

Lighthizer also told the senators that he and Treasury Secretary Steven Mnuchin spoke with Chinese officials Monday night on the phone. The two sides regularly exchange drafts of a 110-120 page agreement, he said.