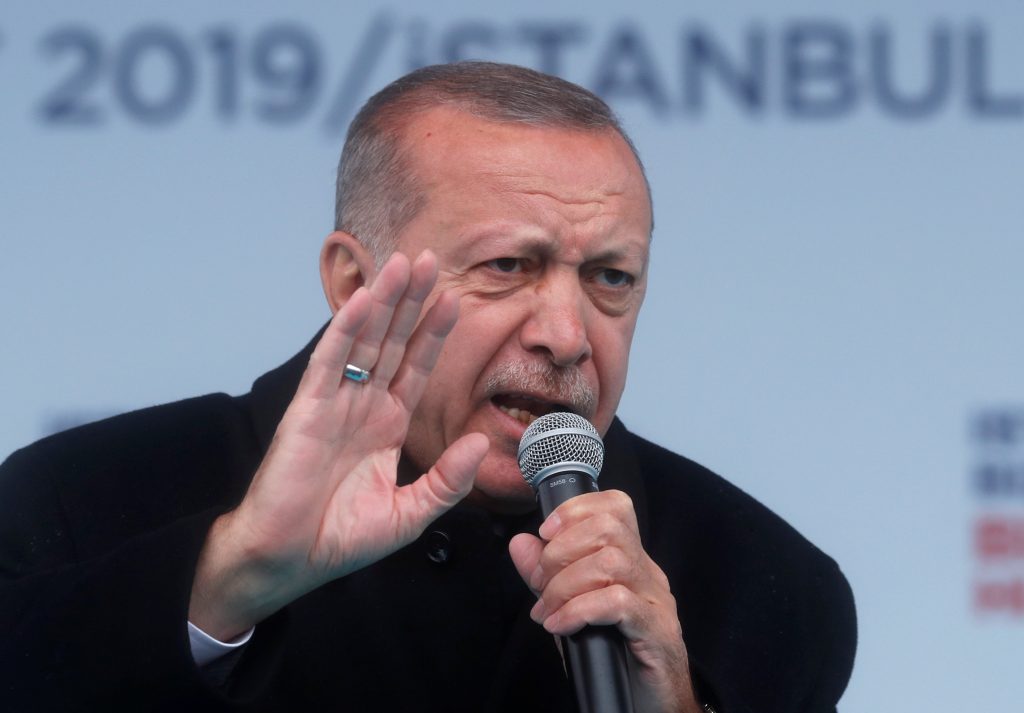 Turkey stepped into the Israeli election campaign on Tuesday, as it denounced Israeli Prime Minister Binyamin Netanyahu’s statement that Israel is the nation-state of “the Jewish people” only, not of all its citizens.

“1.6 million Arabs/Muslims live in Israel. Will the Western governments react or keep silent under pressure again?” he asked.

The prime minister’s comment came in response to a criticism of the recently-passed Nation-State law, which enshrined the concept in law and gave Israeli symbols primacy. It made Hebrew the official national language, relegating Arabic to a secondary status, though also routinely used by government and business.

“The Arab citizens have 22 nation states around them and they do not need another. We define Israel as a Jewish and democratic state, the nation-state of the Jewish people, with equal rights for all,” PM Netanyahu said on a Likud webcast when asked about how the controversial law affects Arab and Druze citizens of Israel.

PM Netanyahu said Monday that the legislation “does not relate to the rights of the individual, because there are equal rights for all. The Basic Law deals only with fundamental questions of the rights of the Jewish people, a blue-and-white flag, the Hatikvah [national anthem] and so on.”

However, critics continued to attack his treatment of the Arab sector. President Reuven Rivlin, a longtime political rival of Netanyahu, in comments widely seen in Israel as criticism directed at him, tweeted on Monday that there has been “an unacceptable discourse toward Israel’s Arab citizens” during the campaign.

“In the State of Israel – absolute equal rights for all its citizens,” Rivlin, whose post is largely ceremonial, wrote on Twitter, in Hebrew and Arabic.

Netanyahu’s Likud party has repeatedly scorned Benny Gantz’s Blue and White alliance as a leftist party that would rely on Arab support to form a government. Gantz has denied this, while others on the left have called it a slur on the Arab Israelis, asking what’s wrong with getting their support?

Gantz said at a meeting on Tuesday with E.U. ambassadors that “obviously, Israel is a state for all its citizens,” according to a source quoted by The Times of Israel.

A spokesperson for Blue and White denied that Gantz said that, though he did not clarify what he did say on the subject.