World SDF: Assault on Islamic State Enclave as ‘Good as Over’
World 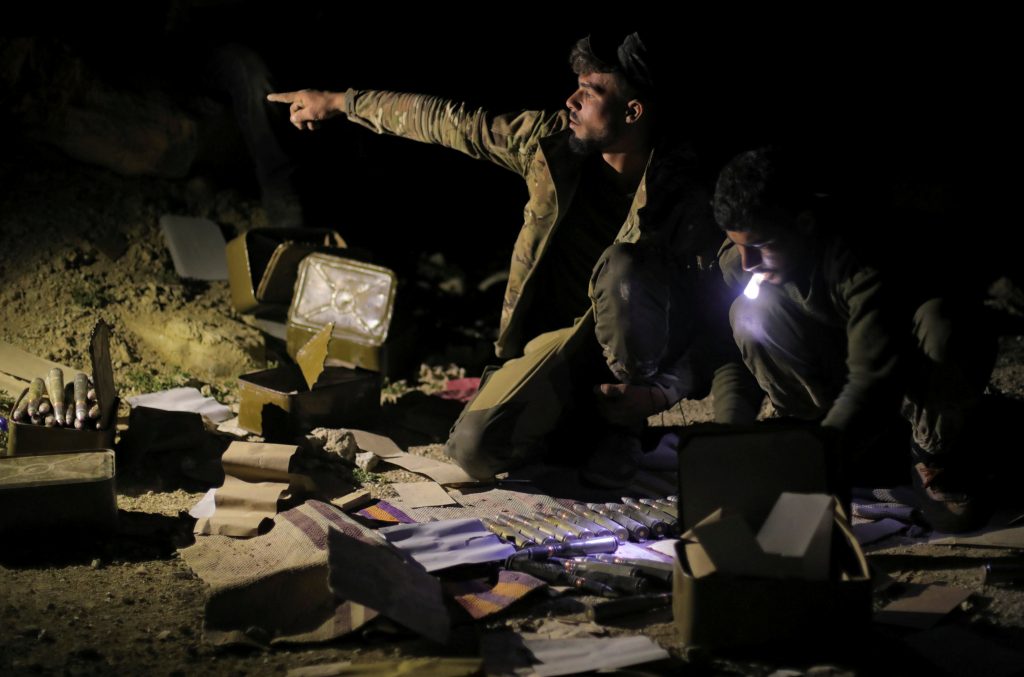 The Islamic State terror group was close to defeat in its final enclave on Tuesday after ferocious bombardments overnight and the U.S.-backed Syrian Democratic Forces (SDF) said the offensive to capture the area was nearly over.

The besieged enclave of Baghouz is the last shred of territory held by the terrorists who have been driven from roughly one third of Iraq and Syria over the past four years by its enemies, including a U.S.-led international coalition.

“The operation is over, or as good as over, but requires a little more time to be completed practically on the ground,” SDF spokesman Kino Gabriel told the al-Hadath news channel. Islamic State was still putting up resistance with weapons including car bombs.

The Baghouz enclave was targeted with barrages of rockets overnight and fires raged inside, but the bombardments ceased on Tuesday morning.

The SDF has been laying siege to Baghouz for weeks but repeatedly postponed its final assault to allow the evacuation of thousands of civilians, many of them wives and children of Islamic State terrorists. It finally resumed the attack on Sunday, backed by coalition air strikes.

The SDF, which is spearheaded by the Kurdish YPG militia, has been advancing slowly into Baghouz to minimize its losses from sniper fire and landmines.

Islamic State’s defenses include extensive tunnels and Islamic State’s most hardened foreign terrorists are holed up inside the enclave, the SDF has said.

However the United States does not believe any senior Islamic State leaders are in Baghouz, assessing they have gone elsewhere as part of the group’s shift toward an insurgency, a U.S. defense official has said.

The group still operates in remote territory elsewhere and it is widely assessed that it will continue to represent a potent security threat.

The bulk of the people evacuated from the diminishing Islamic State territory has been transported to a camp for internally displaced people in al-Hol, in northeastern Syria, where the United Nations says conditions are dire.

Obdurate support voiced by many evacuees for Islamic State, particularly among foreigners, has posed a complex security, legal and moral challenge.

Those issues were underscored on Friday with the death of the newborn son of Shamima Begum, a British woman who left to join Islamic State when she was a schoolgirl.